Posttraumatic stress disorder (PTSD) is a debilitating disorder characterized by altered memory functioning including the unintentional reliving of the traumatic experience. This feature of the disorder has been the focus of most PTSD studies, however rarely has there been an investigation on the aspect of disturbed intentional recall within the PTSD patient population. Jelinek et al. decided to address the paucity in this area of research by first clarifying central qualitative and quantitative aspects of memory functioning in PTSD and then combining prior research on autobiographical and nonautobiographical memory to examine whether memory disorganization of the traumatic event exceeded impairment of verbal memory. 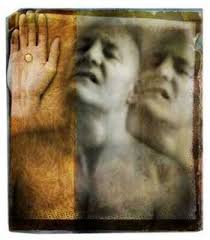 Subjects consisted of 81 adult victims of single traumatic events and 30 nontraumatized controls. They were asked to partake in short interviews, give detailed reports traumatic and nontraumatic events, and complete a task that measured content and sequence memory performance. Results showed that memories of the trauma were more disorganized than memories of an unpleasant control event in subjects with PTSD compared to subjects without PTSD. Significant group differences remained even after controlling for several confounding variables such as verbal intelligence. However, there were no significant differences in nonautobiographical performance between both groups and no evidence that organization of nonautobiographical memory was impaired in PTSD. This seems to make sense seeing as different brain structures are involved in both types of memory. The authors note a couple of limitations including the use of only one nontraumatic control event and the introduction of a systematic time difference between the autobiographical control event and the trauma. They conclude by suggesting the use of neuroimaging techniques in future studies involving the disorganization of memory.