Tone deafness is defined as the inability to discriminate between musical notes also known as amusia, tune deafness, dysmelodia, and dysmusia. Famous leaders including President Theodore Roosevelt and Ernesto “Che” Guevara have suffered from this often embarrassing hearing impairment. In an epic fail, Che once tried to woo some chicas at a dance by performing a tango while the band was playing a lively Brazilian (sigh). These are the kinds of people you would never bring to a karaoke bar…unless, of course you were tone deaf too. In that case it wouldn’t really matter now would it? 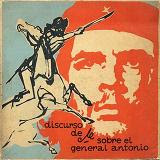 Loui, Alsop, and Shlaug from Beth Israel Deaconess Medical Center and Harvard Medical School further investigated tone deafness and it’s association with the arcuate fasciculus (AF), a fiber tract connecting temporal and frontal brain regions. Using diffusion tensor tractography combined with perception and production psychophysics, they found that tone deaf subjects had a lack of neural connectivity in the AF compared to a control group. They seemed to possess fewer fibers in this particular area of the brain with at least one of the superior AF branches being unidentified by imaging parameters. The authors demonstrate for the first time that the AF is a neural correlate of auditory-motor behavior where AF volume can be an effective predictor of vocal behavior. They suggest that tone deafness should be considered a new disconnection syndrome resulting in impaired pitch perception and vocal sound production.

The next time you find yourself at a karaoke bar with your good buddies Theo and Che, before punching in that code for the latest Kris Allen song, double check to make sure you’ve got a good connection.