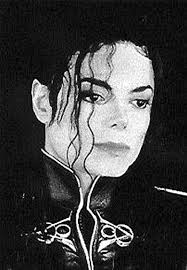 Over the years a number of iconic musicians have met tragic deaths from either an overdose or suicide (e.g. Bradley Nowell and Kurt Cobain from two of my favorite bands); the former a possible mode of the latter. In light of DJ AM’s recent passing, a prescription drug overdose the most likely culprit, and today’s commemoration of Michael Jackson’s 51st birthday, I couldn’t help but ponder the possible associations between creativity, psychopathology and suicide. Where is that fine line between creative genius and psychopathology? Does it take a severe mood disturbance to produce a truly creative work of art…to the point of self-destruction? Are musicians more vulnerable to psychopathology and at higher risk for attempting suicide? I provide a few abstracts from past studies addressing this fascinating topic.

Virginia Woolf as an example of a mental disorder and artistic creativity
This is an attempt to evaluate the mental disorder that the novelist Virginia Woolf suffered, and to determine the relationship between her creativity and her insanity. What mostly characterizes her illness is the presence of typical phases of severely impairing depression and significant hypomania, culminating in suicide at the age of 59. This is a convincing life history of a bipolar II disorder, although the “broad bipolar spectrum” is less easy to define operational than bipolar disorder I. She was moderately stable as well as exceptionally productive from 1915 until she committed suicide in 1941. Virginia Woolf created little or nothing while she was unwell, and was productive between attacks. A detailed analysis of her own creativity over the years shows that her illnesses were the source of material for her novels.

Musical creativity and suicide
The different abilities involved in artistic creativity may be mirrored by differences among mental disorders prevalent in each artistic profession, taking poets, painters, and composers as examples. Using suicide rates as a proxy for the prevalence of mental disorders in groups of artists, we investigated the percentage of deaths by suicide in a sample of 4,564 eminent artists who died in the 19th and 20th centuries. Of the sample, 2,259 were primarily involved in activities of a linguistic nature, e.g., poets and writers; 834 were primarily visual artists, such as painters and sculptors; and 1,471 were musicians (composers and instrumentalists). There were 63 suicides in the sample (1.3% of total deaths). Musicians as a group had lower suicide rates than literary and visual artists. Beyond socioeconomic reasons, which might favour interpretations based on effects of health selection, the lower rate of suicides among musicians may reflect some protective effect arising from music.

Suicide among eminent artists
To evaluate suicide risk by profession among eminent artists data from Garzanti’s Encyclopedia, a broad biographical repertory, were used. Six categories in the visual and literary arts were compared: architects, painters, sculptors, writers, poets, and playwrights. Only people whose deaths occurred in the 1800s or 1900s were included since it is likely that underestimation of suicide has been lower in the more recent centuries. A total of 59 suicides were observed in a sample of 3,093 people: this corresponds to a ratio of 1.90%. Suicides were 51 among men (ratio 1.75%) and 8 among women (ratio 4.30%). The comparison by profession indicates that poets and writers exceed the mean suicide ratio of the sample. Painters and architects, conversely, have a clearly lower risk than the mean. Mean age of suicides was 44 yr. (SD = 12), with writers being slightly older (48 yr., SD = 12) than other artists. Artists who died of causes other than suicide reach a mean of 65 yr. (SD = 10). Suicide among artists seems to have a peculiar pattern, clearly different from the pattern of the general population, wherein suicide risk is higher among men and older people. Adverse financial circumstances and the stress attributed to rejection of personal products may contribute to the specific risk of suicide among artists. The link between mental disorders, such as manic-depression, which imply a higher risk of suicide, and creativeness is discussed as a contributing factor.

Gender and suicide risk among artists: a multivariate analysis
Research on mental disorders among male artists has suggested that artists are at risk of suicide. However, given that men are higher in suicide risk than women, the presumed suicide risk of artists may be an artifact of sampling bias. A logistic regression analysis of data from 21 states finds that artists have 270% higher risk of suicide than nonartists. However, after controlling for gender and sociodemographic variables, this risk level is reduced to 125%. The findings are related to both psychiatric and work-related stress factors that may place artists at risk of suicide as an occupational group.

Creativity, depression and suicide
The relationship between suicide and creativity has long been a subject of considerable concern. The author presents evidence indicating that in fact depression, suicide, and creativity are related. Several hypotheses for the relationship are posited. It is suggested that the same changes in the serotonergic system that are associated with depression in general and with impulsive suicides and homicides in the extreme may also be responsible for an element of risk taking that characterizes creativity and innovation in a person psychodynamically predisposed to being creative.

The relation between depression and art
The relationships between depression and art are many and varied. Examples of poets, novelists, and musicians spring to mind who have vividly portrayed depression, usually from personal experience of it. These portrayals often had a psychohygienic significance for the artists concerned–as in the case of Goethe, who, in writing ‘The sorrows of young Werther’, exorcised his own suicidal impulses and thoughts, thus probably saving his own life. Artists have also depicted the physiognomy of depressives, e.g. Hans Baldung Grien in his picture ‘Saturn’ showing the pronounced nasolabial folds described by Veraguth as indicative of melancholia. Relationships between depression and art also play a role in certain theories of creativity, such as that of Silverman, who postulates that in the depressive phase new impressions arise which then find their expression in a manic phase. Finally, there are the various creative therapies designed in cases of depression (e.g. by encouraging the patient to paint or draw) to reactivate the nondominant hemisphere of the brain. Particularly in chronic or recurrent depressions this reactivation also serves to open up to the patient new perspectives for the solution of the problems that drive him into depression.

Seems like the use of a diathesis-stress model would be appropriate to explain a few of the overdoses and suicides among the creative. Lots of artists tend to derive their inspiration from the lowest of lows and the highest of highs. It’s also not highly unusual that they’re constantly surrounded by an environment that condones the use of various drugs…especially if they make it big.

I suppose a preliminary model could look like this:

It all seems to come down to level of resiliency.