Described as cold, heartless, manipulative, selfish, and low anxiety, primary psychopaths frankly scare the bejesus out of most people including myself. 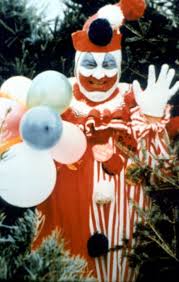 Look at the case of John Wayne Gacy Jr., the American serial killer who took the lives of 33 boys and young men between 1972 to 1978; burying most of the bodies in his crawl space beneath his home. During his sentencing he was quoted to have morbidly joked that the only thing he was guilty of was “running a cemetery without a license”. How fucked up is that? Even until the day of his execution, Gacy never expressed any remorse for the atrocities he had committed. Interestingly enough, the lethal chemicals contained in the IV tube leading to his arm unexpectedly solidified, prolonging the execution process. I can’t help but believe that on that day karma came back and bit him in the ass…hard (I just wanted to make it clear that I’m not saying all psychopaths are serial killers).

So what were the reasons that led the truly disturbed Gacy to hone in on performing these heinous acts while ignoring all the circumstances that may have inhibited him from following through? One possible explanation known as the response modulation hypothesis purports that primary psychopaths are relatively insensitive to contextual information, that this neglect undermines their responsiveness to environmental information that normally facilitate self-regulation, and that they have an attentionally mediated deficit reducing processing of inhibitory cues outside the focus of attention (i.e. Gacy couldn’t attend to all the peripheral information telling him not to murder his victims).

Zeier, Maxwell, and Newman over at the University of Wisconsin-Madison decided to test this hypothesis by having 110 incarcerated men perform on a modified version of the flanker task which tests the role of attention in the moderation of response to inhibitory information. Results showed that primary psychopaths were significantly less affected by peripheral response-incongruent information compared to a control group confirming the response modulation hypothesis.

The study demonstrates that attention plays a crucial role in moderating sensitivity to contextual information in primary psychopaths. However, the authors note that their findings do not necessarily apply to secondary (i.e. high-anxious) psychopathic subtypes and that their experiment did not manipulate motivational and emotional factors. They conclude by stating that their findings represent an important next step toward further understanding and treating psychopathy.

Reading this article led me to ponder over a few provocative questions of my own. Does it ultimately make Gacy a victim of his own peripheral attentional deficit? Should he have been held 100% accountable for his actions due to seemingly faulty brain wiring? Was he given a fair shake in court when his plea of insanity was outright rejected? What about other primary psychopaths who’ve committed considerably less severe crimes? I suppose that’s for you to decide.