I’m constantly on the lookout for new research findings further substantiating sleep’s significant effects on memory…perhaps in an attempt to finally convince myself that continuously misplacing my keys is NOT a normal part of young adulthood…and that 5 hours of shut-eye just isn’t cutting it anymore (note to self: resist late night treks to Starbucks). 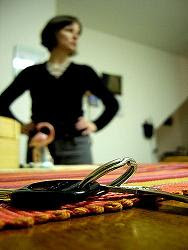 Coffee-drinking women on the other hand have an 18% lower chance of having visual and spatial memory declines according to a 2007 study by Ritchie et. al. “No relation was found between caffeine intake and cognitive decline in men”…NOT FAIR!

a link on How to Overcome a Starbucks Addiction

You may be wondering at this point if there’s anything you can do to avoid the risk of spatial memory loss other than getting good sleep. Well you’re in luck according to 2008 study conducted by Ron-Harel and colleagues. They found that functional cell-mediated immunity was necessary for the maintenance of hippocampus-dependent spatial memory in mice. In other words, the healthier the mice the better the spatial memory.

So remember kids, rest up and stay healthy or you might literally lose your marbles.

More about the origin of “losing your marbles” found here.