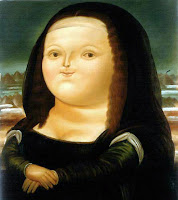 The ability to read emotions is an important part of the human experience; the only way to successfully navigate through complex social environments. It comes in handy especially if you don the title of psychotherapist or professional poker player. Without it, you become socially inept. You enter the world of the autistic individual.

Thanks to Charles Darwin we now know that it’s not just the eyes that are “the windows to the soul”. He first wrote about the subject of facial expressions in his 1898 book titled The Expression of the Emotions in Man and Animals (the link includes the work in its entirety). In it he described the emotions conveyed in the face as being both universal and “species-specific”.

Ekman and Friesen (1969) expounded on Darwin’s theory, hypothesizing that universal facial expressions were to be found in the relationship between distinctive patterns of the facial muscles and particular emotions. In 1971 they traveled to Papua New Guinea to test the Fore tribe, a people who had minimal contact with outsiders. The researchers found that the Fore were able to accurately identify the expressions of emotion in photographs of people from cultures with which they were not yet familiar (here’s a link to a fascinating NPR Ekman podcast).

An interesting, yet off-topic note: [ Read the full article at The Quantum Lobe Chronicles]