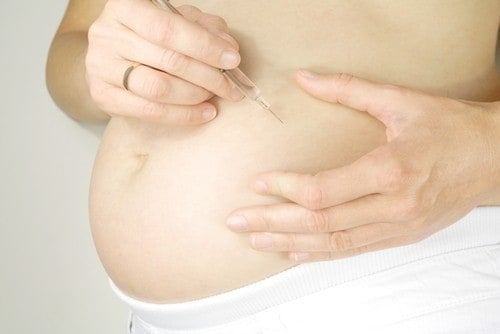 Increased low-grade inflammation in the body resulting from obesity is widely viewed as contributing to type 2 diabetes. Going against this long-held belief, researchers from Children’s Hospital Boston report that two proteins activated by inflammation are actually crucial for maintaining good blood sugar levels – and that boosting the activity of these proteins can normalize blood sugar in severely obese and diabetic mice.

The research, led by Umut Ozcan, MD, in the Division of Endocrinology at Children’s, is reported in the October issue of Nature Medicine, published online September 4.

“This finding is completely contrary to the general dogma in the diabetes field that low-grade inflammation in obesity causes insulin resistance and type 2 diabetes,” says Ozcan. “For 20 years, this inflammation has been seen as detrimental, whereas it is actually beneficial.”

Ozcan’s team previously showed that obesity places stress on the endoplasmic reticulum (ER), a structure in the cell where proteins are assembled, folded and dispatched to do jobs for the cell. This so-called “ER stress” impairs the body’s response to insulin in maintaining appropriate blood glucose levels, and is a key link between obesity and type 2 diabetes. Last year, Ozcan and colleagues showed that a protein that relieves ER stress, called XBP1s, cannot function in obese mice. Earlier this year, they showed that activating XBP1s artificially in the liver normalized high blood sugar in obese, insulin-resistant type 2 diabetic mice (as well as lean, insulin-deficient type 1 diabetic mice).

Together, the findings suggest that either increasing p38 MAPK activity — despite its being an inflammatory signal — or increasing XBP-1 activity by other means could represent new therapeutic options for diabetes.

The study also suggests a new model for understanding type 2 diabetes, in which obesity may interfere with the ability of people’s cells to respond to inflammatory signals. “It may be that inflammatory pathways are not working optimally and there could be a resistance to cytokines which mediates the inflammation,” Ozcan says. “This could be a paradigm shift for the field.”

The researchers also raise a possible down side in using p38 MAPK inhibitors to treat inflammatory diseases such as Crohn’s disease, psoriasis and asthma. “These therapeutic approaches should … be evaluated within the context of our results, and in light of the possibility that inhibition of XBP1s activity also decreases the ability of the cell to cope with the inflammatory conditions,” they write.

1 thought on “Inflammation may be part of the diabetes solution, not the problem”