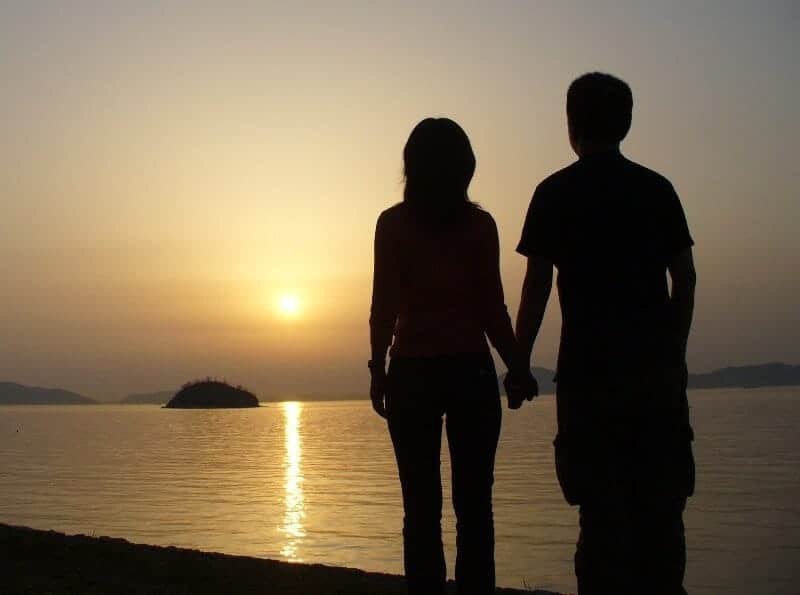 More sex may not always make you happier, according to new research published by the Society for Personality and Social Psychology.

“Although more frequent sex is associated with greater happiness, this link was no longer significant at a frequency of more than once a week,” lead researcher Amy Muise said. “Our findings suggest that it’s important to maintain an intimate connection with your partner, but you don’t need to have sex everyday as long as you’re maintaining that connection.”

Some previous studies, and a plethora of articles and self-help books, have claimed that more sex equals more happiness. But this study, based on surveys of more than 30,000 Americans collected over four decades, is the first to find that association is not there after couples report having sex more than once a week on average. The study was not designed to identify the causal process, so does not tell us whether having sex up to once a week makes couples happier, or being in a happy relationship causes people to have more frequent sex (up to once a week).

In addition, these findings were specific to people in romantic relationships and in fact, there was no association between sexual frequency and wellbeing for single people, said Muise, a social psychologist and postdoctoral fellow at the University of Toronto-Mississauga. It’s possible that for single people, the link between sex and happiness is dependent on a number of factors such as the relationship context in which the sex occurs and how comfortable people are with sex outside of relationship. The findings, which were published online in the journal Social Psychological and Personality Science, are most representative of married heterosexual couples or those in established relationships.

In one study, researchers analyzed survey responses about sexual frequency and general happiness from more than 25,000 Americans (11,285 men, 14,225 women) who took the General Social Survey from 1989 to 2012. The biennial survey, conducted by the University of Chicago, has a nationally representative sample and covers a wide range of sociological issues, including opinions about race relations, religion and sex. For couples, happiness tended to increase with more frequent sex, but this is no longer true after couples report engaging in sex more than once a week. This study and other previous studies report that established couples tend to have sex about once a week on average.

Despite common stereotypes that men want more sex and older people have less sex, there was no difference in the findings based on gender, age or length of relationship. “Our findings were consistent for men and women, younger and older people, and couples who had been married for a few years or decades,” Muise said.

“People often think that more money and more sex equal more happiness, but this is only true up to a point,” Muise said.

A third study analyzed survey results collected at three time points over 14 years from more than 2,400 married couples in the United States. There wasn’t a strong link between sexual frequency and overall life satisfaction, but couples reported more satisfaction with their relationships as sexual frequency increased up to once per week, with no noticeable benefits of engaging in sex more often.

The study findings don’t necessarily mean that couples should engage in more or less sex to reach the weekly average, but partners should discuss whether their sexual needs are being met, Muise said.

“It’s important to maintain an intimate connection with your partner without putting too much pressure on engaging in sex as frequently as possible,” she said.