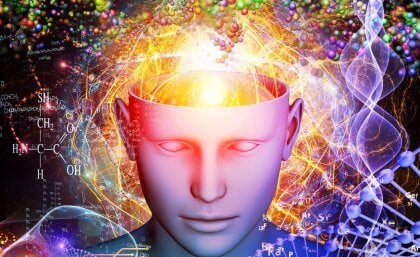 As those who suffer from anxiety disorders and post-traumatic stress disorder can attest, recovering from pervasive fear memories can be difficult or impossible to do. Yale researchers, however, have shown how disabling a single molecule can help animals eliminate engrained fear responses.

“The hope is that medical intervention can help behavioral therapy for PTSD and anxiety disorders become much more effective,” said Stephen Strittmatter, the Vincent Coates Professor of Neurology and professor of neuroscience, and senior author of the paper published Dec. 1 in the journal Molecular Psychiatry.

Strittmatter’s lab has studied the impact of Nogo Receptor 1 on nerve and brain cells. In the brain, Nogo Receptor helps stabilize the process of the pruning of neural connections that occurs during adolescence.  This “cementing process” in brain development is one reason why adults tend to have harder time recovering from neurological damage than do children.

Sarah M. Bhagat, a neuroscience Ph.D. student in Strittmatter’s lab, wanted to see if blocking Nogo Receptor could extinguish induced fear behaviors in adult mice. The team used classic fear conditioning — the coupling of a tone with a mild foot shock — to induce fear memories in animals. These types of fear memories, like those associated with PTSD, are notoriously difficult to erase in adulthood. Even after shocks are discontinued for months, the sound of a tone triggers extreme anxiety-like behavior in conditioned mice. Fear extinction training, or the repetitive introduction of the tone without the shocks, can lessen the response for brief periods but does not eliminate it, and with time the fear returns.

In contrast, mice bred without Nogo Receptor showed no residual fear behavior — but only in those mice that had fear extinction training.

“Training when Nogo Receptor is blocked seems to have the potential to eliminate damaging fear responses,’’ Strittmatter said. “The elimination of Nogo Receptor seemed to allow training to rewire their brains to produce a long-lasting effect on behavior.”

His lab hopes to develop pharmacological tools to block Nogo Receptor specifically during and after extinction training. They plan to investigate whether Nogo Receptor limits the ability of training to reduce other inappropriate appetitive memories involved in drug-seeking.

The research was supported by National Institutes of Health and Falk Medical Research Trust.

Yale has licensed intellectual property related to Nogo inhibitors to Axerion Therapeutics.  Strittmatter is head of the company’s scientific advisory board.