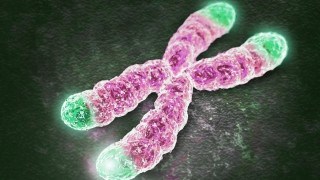 When it comes to genes associated with cancer, none have been studied more extensively than p53, a tumor suppressor gene that serves as the guardian of our genetic information. More than half of all cancers have mutations of p53, meaning that this particular gene must often be suppressed in order for a cancer to grow and spread.

P53 does not act alone in its protection of our genetic information. Telomeres – structures of proteins that cap off and protect our DNA at the tips of chromosomes like the aglets or clear tips of shoelaces – preserve these vital instructions as well. However, despite both p53 and telomeres offering similar benefits, the role of this key tumor suppressor gene as it relates to telomeres had never been properly described.

Now, new research from scientists at The Wistar Institute shows that p53 is able to suppress accumulated DNA damage at telomeres. This is the first time this particular function of p53 has ever been described and shows yet another benefit of this vital gene.

The findings were published in the European Molecular Biology Organization (EMBO) Journal.

The gene p53 regulates our genome’s integrity. When DNA is damaged by cellular stress or other means, p53 helps to activate the transcription of genes that help with controlling the cell cycle and inducing apoptosis, or cell death. However, prior studies have shown that p53 can bind at many locations across the genome, including many sites that are not responsible for activating these regulatory genes, and p53 itself has many distinct binding sites. Since both p53 and telomeres protect the genome, Wistar’s team wanted to focus on these binding sites to see how the two might be more closely related than has ever been shown.

“We believed that p53 may be responsible for a more direct protective effect in telomeres,” said Paul Lieberman, Ph.D., professor and program leader of the Gene Expression and Regulation program, director of the Center for Chemical Biology and Translational Medicine, and the Hilary Koprowski, M.D., Endowed Professor at The Wistar Institute, and lead author of the study.

Using ChIP-sequencing, which allows researchers to study interactions between proteins and DNA, a team of scientists at Wistar identified p53-binding sites in subtelomeres. These are segments of DNA situated in between telomeres and chromatin, the complex of DNA and proteins found in the nucleus of our cells.

The researchers found that when p53 was bound to subtelomeres, the protein was able to suppress the formation of a histone modification called gamma-H2AX. This histone is modified in greater amounts when there is a double strand break on DNA. If it persists, the break is not repaired, so suppressing its expression means that the DNA is being preserved. Additionally, p53 was able to prevent DNA degradation in telomeres, thereby keeping them intact and allowing them to more properly protect the tips of our chromosomes.

“Based on our findings, we propose that the modifications to chromatin made by p53 enhance local DNA repair or protection,” Lieberman said. “This would be yet another tumor suppressor function of p53, thus providing additional framework for just how important this gene is in protecting us from cancer.”