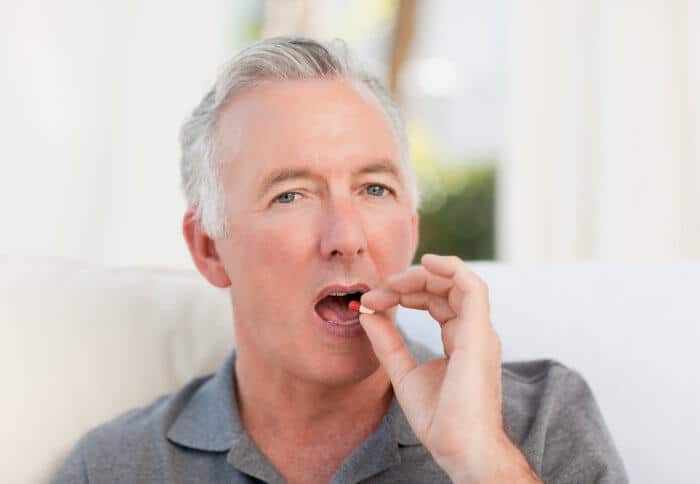 Results from a Phase 1b/2 trial suggest that an investigational microbiome-based, oral therapeutic drug is effective for the treatment of recurrent C. difficile infection. In a paper published online in the Journal of Infectious Diseases, a multi-institutional research team reports that treatment with the preparation, containing the spores of approximately 50 species of beneficial bacteria, successfully prevented recurrence of C. difficile infection (CDI) in patients with a history of multiple recurrent disease. This therapeutic drug also restored the participants’ gut microbiome – the microbial community within the gastrointestinal system – to a state similar to that observed in healthy individuals.

Fecal microbiota transplants (FMT) have been used to treat patients with multiple recurrences of CDI who have not responded to standard antibiotic treatment. FMT involves delivering fecal material from healthy donors into the large intestine of patients with recurrent CDI, and while it reduces recurrence rates by improving the health of the patient’s microbiome, it is not FDA-approved and requires a patient’s informed consent. This new preparation called SER-109 is an investigational microbiome-based drug that is being developed under strict manufacturing and regulatory standards set by the FDA.

“This oral microbial preparation that contains a small fraction of the total microbiome works as well as, if not better than, FMT,” says Elizabeth Hohmann, MD, of the Massachusetts General Hospital (MGH) Infectious Diseases Division, senior author of the study. “These few key species seem to work in restoring a healthy microbiome, and other, beneficial species not in the capsules return, while harmful bacteria are removed. The product is also designed to be safer than FMT, by eliminating the potential for transmission of pathogens that might be present in donor fecal material.”

C. difficile infection is the most common hospital-acquired infection and is associated with more than 450,000 infections and more than 29,000 deaths in the U.S. each year. Although the vast majority of cases of CDI are health-care associated, less than one quarter occur during hospitalization. Approximately 25 to 30 percent of patients relapse after treatment of the primary infection, and the risk of treatment failure climbs with each subsequent recurrence – 40 percent failure rate with more than one recurrence and 60 percent failure with more than two. Treatment failure occurs because antibiotics do not inactivate C. difficile spores, which can germinate and produce toxins that cause disease. Antibiotics also increase the risk of recurrent CDI, since they kill beneficial bacterial species in the gastrointestinal tract that normally keep potential pathogens in check.

Two 2014 MGH studies showed that use of frozen fecal material from healthy, prescreened donors could be just as effective as fresh material and that the use of acid-resistant oral capsules to delivery FMT was about as effective as delivery via colonoscopy or a nasogastric tube. The current study is a phase 1b/2 clinical trial of SER-109 – being developed by Seres Therapeutics – which contains bacterial spores, a dormant form that only becomes active in appropriate environments like the lower gastrointestinal tract. SER-109 is prepared from stool samples of prescreened healthy donors. The manufacturing process removes bacteria, viruses, parasites and fungi leading to a purified community of spores from bacteria normally found in the intestines of healthy individuals.

The trial was designed by Hohmann and by investigators at Seres Therapeutics and at the Mayo Clinic and was conducted at the MGH, Mayo, Miriam Hospital in Providence, Rhode Island, and Emory University Hospital. Seres Therapeutics conducted all of the microbiome- and microbiology-related assessments in the study. The first stage enrolled 15 adult patients who had experienced three or more confirmed cases of CDI within the previous year. Each participant took a total of 30 SER-109 capsules, 15 each day for two days, delivering a range of dosages. Based on promising results from that group, a second group of patients received 20 times lower doses delivered in fewer capsules in a single day. Patients whose diarrhea recurred within the following eight weeks could receive a second dose of SER-109.

Of the 30 study participants, 26 had no recurrence of C. difficile-positive diarrhea within the next eight weeks. Four participants experienced a return of diarrheal symptoms with C. difficile detectable in the stool after taking SER-109. These symptoms were only temporary in three patients who did not require any further antibiotic treatment and were free of C. difficile infection at the end of the eight-week study period. The fourth patient declined receiving another dose after recurrence and left the study. As a result, 96.7 percent of the patients achieved clinical cure of their infection. Testing participants’ microbial populations at the end of the study period revealed not only establishment of the species contained in the SER-109 capsule but also a return of other beneficial species not found in the product.

While this trial did not include a control group, its overall 96.7 percent effectiveness compares favorably to published results of an open-label antibiotic trial in patients with recurrent CDI, which demonstrated 23-31 percent efficacy rates, or a trial of FMT delivered via nasogastric tube that achieved 81 percent efficacy. A Phase 2 randomized, double-blind, placebo-controlled trial of SER-109, in which participants take only four capsules on a single day, is currently underway at the MGH and approximately 36 others sites across the US. Information on this trial is available at https://clinicaltrials.gov/ct2/show/study/NCT02437487?term=seres&rank=4.

“This was a great collaboration between academic medical centers and a biopharma company that we hope will lead to an effective, easy-to-take treatment for C. difficile infection, which can be a serious, recurring problem. We also hope there will be other applications for this novel ‘ecobiotic’ – a drug designed to restore a community of beneficial microbes,” says Hohmann, who is an associate professor of Medicine at Harvard Medical School. SER-109 has been granted both Breakthrough Therapy and Orphan Drug designations by the Food and Drug Administration.