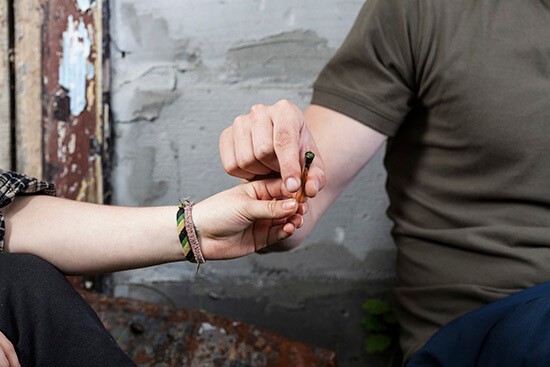 How much marijuana does the average joint contain?

“It seems like an odd question but major policy questions depend on the answer,” said Greg Ridgeway, an associate professor of criminology and statistics at the University of Pennsylvania.

Until now, there’s been no consensus. Previous research suggested a single joint held anywhere from 0.3 to 0.75 grams of cannabis, with some users reporting amounts as high as 1 gram. The United States Office of National Drug Control Policy used 0.5 grams as its baseline.

Now Ridgeway and colleague Beau Kilmer of the RAND Corporation have a new answer. According to their analysis, on average, a single joint contains 0.32 grams of marijuana. They obtained this estimate by plugging into a drug-pricing model information from more than 10,000 marijuana transactions during 11 years and from more than 40 communities.

“It turns out to be a critical number in estimating how much marijuana is being consumed [nationwide], how much drug-trafficking organizations are putting on the market and how much states might expect in revenue post-legalization,” Ridgeway said.

He and Kilmer published their finding in the August issue of Drug and Alcohol Dependence.

They started their analysis by looking at information from the U.S. Justice Department’s Arrestee Drug Abuse Monitoring program. Through this jail-based initiative, interviewers ask all arrestees, not just those imprisoned on drug-related charges, about substance use and market transactions.

“The data had information on 10,628 transactions related to marijuana,” Ridgeway said, including whether the purchaser bought joints or loose marijuana, where the interactions happened and how much the person paid.

“Some will tell you about loose purchases, in grams or ounces, and give you a dollar amount. Other people will say, ‘I bought four joints and paid $20,'” he said. “If I paid $5 for a joint and you paid $5 for 0.5 grams, that gives me some information. If they’re the same price, they must be roughly the same weight.”

Of course, it’s not quite that simple. The prices don’t incorporate any inflation that occurred during the decade the data cover. Also, different places have different drug markets; for example, Ridgeway said marijuana is more expensive the farther away a sale happens from where it was grown, due to added shipping costs. And some drug sellers offer bulk discounts.

To account for these factors, the researchers turned to a drug-pricing model. “My colleague and I used this dataset and an economic model that’s been used for about 30 years now to untangle weight and price, to estimate the average joint weight,” Ridgeway said. “That all boils down to about 0.3 grams, which is much less than previously thought.”

Knowing this precise number could help the U.S. government better understand how much marijuana is trafficked from Mexico, as well as the size of the illicit marijuana market. It also has the potential to improve dialogue about legalization of the substance, both for places considering it and those that have already taken that step.

Though Ridgeway said he doesn’t have plans to continue down this line of research, it fits into his overall interest, which focuses on questions of “public safety, policing, the criminal justice system and causes and consequences of crime,” he said.

“I’m a statistician,” he added. “I think about statistical models and data analysis. I find datasets to answer difficult questions.” Now, one more has its answer, information that could benefit policymakers at both the state and national level.

No external sources funded this research.