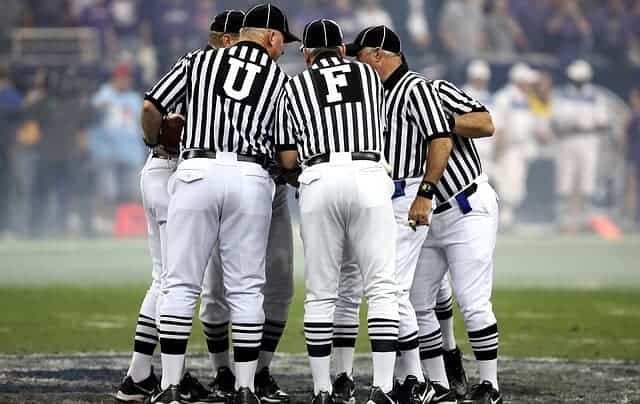 Professional football players are heftier now than they were decades ago, but a new study from researchers at Tufts University School of Medicine shows that even players for less-prominent college football programs are getting bigger. The Tufts researchers report that the average weight of offensive linemen in a Division III collegiate football conference has increased nearly 38 percent since 1956, while the average male’s weight increased only 12 percent during the same timeframe. These findings are published in the Journal of Athletic Training and highlight the need to modify athletes’ post-football lifestyles in order to prevent long-term health problems.

“Increases in weight and body mass index (BMI) are associated with cholesterol disorders, diabetes, hypertension and cardiovascular diseases. The results of our study emphasize the importance of helping these players to develop a healthy post-football lifestyle in order to reduce their risks of serious long-term health complications,” says senior author David J. Greenblatt, M.D., Louis Lasagna Professor in the Department of Integrative Physiology and Pathobiology at Tufts University School of Medicine and a member of the Pharmacology and Experimental Therapeutics graduate program faculty at the Sackler School of Graduate Biomedical Sciences at Tufts.

The researchers examined the football rosters of the 10 colleges and universities in the New England Small College Athletic Conference (NESCAC) from 1956 through 2014 in five-year intervals. Players were grouped by field position (quarterbacks, running backs, offensive linemen, etc.). Weight, height and BMI were recorded for each player from game programs and rosters available online. The data for the positional groups were then compared with data from a control group at corresponding time intervals, made up of males aged 20-29 from the general population.

For offensive linemen, the mean weight increased nearly 38 percent, while the control group experienced only a 12 percent increase. Overall changes in height for the offensive linemen increased only 3.8 percent. For players in skill positions, such as quarterbacks, wide receivers and kickers, the mean weight changes over time were similar to those in the control group.

“Through selective recruiting, weight training and nutrition (‘hyper-nutrition’), we end up with a population of large linemen,” says Greenblatt. “The public health issue is that everybody involved with American football needs to develop concerted ways to assure the health of players when their football days are over. This includes making programs available to help players transition into post-football life with healthy habits. The same can also be said for several other collegiate sports. Coaches, trainers and nutritionists can all play an important role in the long-term health of their players.”

According to the CDC’s 2015 statistics, more than one-third of U.S. adults are obese, putting them at a higher risk for all causes of death and a number of chronic health conditions. These include high blood pressure, type 2 diabetes, heart disease, sleep apnea and osteoarthritis.

Previous studies which highlighted the increase in sizes of collegiate football players have focused primarily on athletes in Division I conferences. Little research has been done on the body-size trends among players in Division III football programs. The researchers note that further studies are needed to determine if athletes in other Division III conferences, along with those in the NESCAC, have experienced similar changes in size over the same period of time.

There was no outside funding for this study.