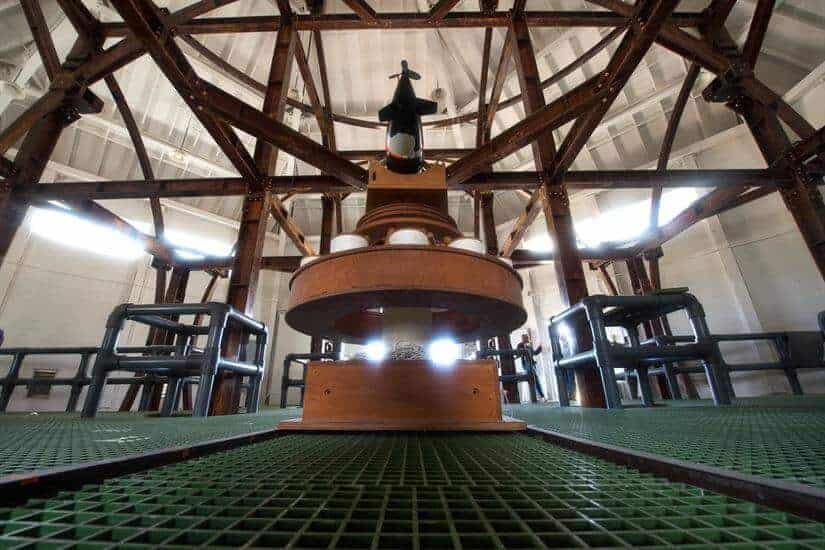 Covering more than 70 percent of the Earth’s surface, the maritime landscape can be vast and unforgiving, presenting extremes in temperature, depth, and hazards.

But the Naval team of physicists, engineers, researchers and developers at Surface Warfare Center Panama City, Florida, continues to bring the “force of the future” to today’s warfighters, delving deeper, so to speak, into underwater counter-mine and irregular warfare technology that saves lives, ships and dollars.

Nestled along St. Andrew Bay, the Fanselau Coil Facility is a prominent, two-story, dome-shaped structure lined with towering wooden beams supporting coils that create a magnetic field — a setting appearing at once dated and modern, and somewhat resembling a mad scientist’s dream realized.

One of only two such complexes of its type in the world, the facility was developed in the mid-1980s to simulate Earth’s inconsistent magnetic fields, which enables scientists to measure magnetic effects on unmanned underwater vehicles and characterize foreign sensors over a vast area.

“Since we can simulate the magnetic field of anywhere on the Earth, we can actually measure its effect on something like a UUV when it’s operating in that location,” said Randy Horne, NSWC technical program manager at the coil facility. 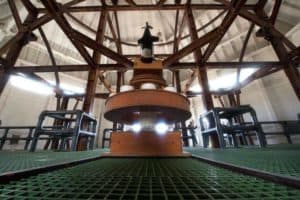 A Remote Environmental Monitoring Unit, or REMUS, MK 18, is mounted at the center of the dome. The REMUS is an interoperable, programmable UUV that processes and transmits critical test data at the magnetic measurement facility and offers real-life seafloor mapping and buried target detection data to explosive ordnance disposal personnel and operators.

According to the Naval Research Center web site, “naval mine strikes are the root cause of 77 percent of U.S. Navy ship casualties occurring since 1950.” In years past, modern warships such as the guided missile frigate USS Samuel B. Roberts, the guided missile cruiser USS Princeton and the amphibious assault ship USS Tripoli sustained severe damage due to mines in the Persian Gulf.

Beyond the dome, while the contractor-developed MK 18 is currently deployed in Bahrain, the NSWC Panama City team organically created the specialized detection sensor integration software it uses today to develop and refine littoral tactics, identify vulnerabilities and make the vehicles autonomous, Horne said. “It’s a collaboration [among] industry, academia, the National Research Laboratory, as well as a number of Navy and applied physics laboratories in the [United States].”

The use of UUVs is hardly new, but in the decades since their addition to the fleet, Navy scientists have sought to expand their use through a modular interface and software that can locate submerged wrecks and obstacles — and even locate and digitally document underwater archeological sites — with a solid foundation of intelligence, surveillance and reconnaissance.

One objective for magnetic testing in conjunction with the REMUS program is to equip the UUV with “smart” technology, which Horne said is progressing quickly, and moving closer to enhancing the systems with decision-making abilities without the need for a pre-programmed path.

“It’s a fleet system and will be all-military in its operation,” Horne noted. “And it’s going to progress far beyond where it is now.”

At the heart of the mission is safety, Horne explained, adding that an increase and sophistication of UUVs will proportionately reduce the number of humans necessary to mitigate underwater challenges, whether in diving with gear or in manned submarines.

“The idea is to get the man out of the minefield,” Horne said. “The MK 18 and all of these small UUVs are just one of the tools that are used.”

NSWC, a field activity of the Naval Sea Systems Command, employs more than 1,300 service members, civilians and contractors, and provides innovative, technical solutions to complex problems, specifically in the areas of littoral and expeditionary warfare.