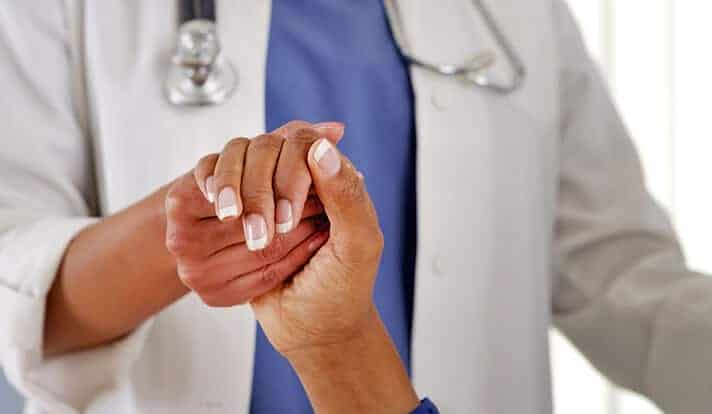 Women in Egypt are seeking out doctors’ opinions on whether they should circumcise their daughters and, though it is illegal there, physicians are not discouraging the practice, giving legitimacy to a procedure that has serious medical risks, according to a new study led by a former Stanford University School of Medicine researcher.

Rates of female circumcision, also known as female genital mutilation or female genital cutting, have rapidly declined in Egypt in recent years as a result of women’s empowerment and mass media campaigns that highlight the potential health risks of the procedure, which include infection, hemorrhage and death, said the study’s lead author, Sepideh Modrek, PhD, who was an instructor in medicine at Stanford when the work was conducted.

Among the 410 women interviewed in the study, about one-third said they were uncertain about the need for the procedure and/or were worried about the risks for their daughters, so they sought out doctors for advice, the study showed. Most women who said that they would follow through with the procedure for their daughters were having it done by physicians, rather than traditional midwives, as a safety precaution, the researchers found.

“We found that it’s true some women were planning to do it [cut] anyway and are just going to the doctor for harm reduction,” said Modrek, who is now an assistant professor of economics at San Francisco State University and a visiting scholar at Stanford. “But others are confused. They have heard mixed messages and don’t know what to do and are looking to the doctor for the final decision. And that’s the problem with medicalization — it is essentially legitimizing the practice.”

Modrek and her colleague, Maia Sieverding, PhD, social scientist in the global health sciences at the University of California-San Francisco, surveyed a group of mothers in the greater Cairo area in early 2014 and conducted in-depth interviews with 29 of them to discern their attitudes on female genital cutting. The results were published online Aug. 25 in International Perspectives on Sexual and Reproductive Health.

Modrek said the practice, which is common in northern sub-Saharan Africa, is believed to have originated in Egypt’s Nile Valley and goes back thousands of years to the time of the pharaohs. The procedure, typically done on girls between the ages of 7 and 14, involves cutting away a portion of the female genitals; in some countries, including Egypt, this involves removal of the clitoris, but in more extreme cases the entire external genitalia is removed. The procedure can lead to a wide range of medical problems, including severe pain and bleeding, infections, problems urinating, cysts, sexual problems, complications in childbirth and death, according to the World Health Organization.

More than 200 million women in 30 countries worldwide have undergone the procedure, according to the WHO, which has widely promoted abandonment of the practice, which it considers a violation of women’s and girls’ rights.

A 1994 United Nations International Conference on Population and Development in Egypt provoked national debate on the practice and sparked the growth of a women’s movement to eradicate the procedure.

Since then, national media campaigns have drawn attention to the risks of female genital cutting, which was outlawed in 1997 unless “medically necessary.” In 2007, the government closed this loophole in the law following outrage over the cutting-related death of an 11-year-old girl. More recently, in June of this year, a 17-year-old girl died of complications from the procedure, which was performed in a doctor’s office, according to news reports.

These changes have led to a decline in the practice in Egypt. According to estimates from the 2014 Survey of Young People Egypt, there has been a 10 percent drop since 2002 in rates of female genital cutting among girls ages 13 to 17.

The roles of mothers

Modrek, a health economist, said she became interested in the issue while researching the effects of education on fertility among women in the Middle East. She began to notice the trends in Egypt on female genital cutting, in particular the move toward medicalization of the procedure. She and Sieverding, who lived in Cairo, became interested in how physicians were influencing women’s decisions about female genital cutting — an issue that had been discussed but not systematically studied before, she said.

They identified 269 women living in an urban neighborhood near Cairo and another 141 in a semi-rural neighborhood outside the capital city. Some 68 percent were Muslim while the remaining participants were Christian, a religious minority in Egypt. Some 69 percent had completed at least secondary education, while 32 percent had only completed primary school or less.

The study focused on mothers, as they are the primary decision-makers when it comes to female genital cutting, though most also respect the opinions of their husbands and their own mothers, the researchers said. The average age of the participants was 31. Ninety-two percent of them had been circumcised themselves.

The women were asked to complete a detailed questionnaire about themselves and their attitudes toward the procedure, including questions about education, religion and health, and the role of female genital cutting in marriage, family and community life. Some then agreed to sit down for a more in-depth conversation, lasting up to an hour, to further probe their views on the highly sensitive topic. A local research associate conducted all the interviews, Modrek said.

Results showed that many women were seeking out doctors’ opinions — typically a family doctor or gynecologist — because they were unsure whether the procedure was medically necessary and were looking for validation from an authoritative source. Muslim women were more likely to seek out doctors for advice, with 37 percent saying they would seek this counsel, while only 5 percent of Christian women said they would look to doctors for guidance.

In the interviews, the mothers said they were conflicted — caught essentially between a longstanding cultural tradition and media messages indicating it could be harmful, Modrek said. Some expressed fear that their daughter would “hemorrhage and die” — language commonly used in media campaigns — and believed physicians would be better able to deal with these possible consequences, the researchers reported.

But the women said they received ambiguous messages from physicians, some of whom examined the girls and told them to come back another time. In nearly all cases, doctors did not explicitly reject the idea, but gave the women vague answers about the possible “need” for the procedure, the researchers reported.

“That’s the slippery slope,” Modrek said. “The doctor is seen as the more legitimizing voice and the voice of reason. Based on the women we interviewed, the doctors are not coming out and saying, ‘You really don’t need to do this.'”

As a next step, she said she hopes to do a study querying physicians directly on their attitudes and practices toward the procedure.