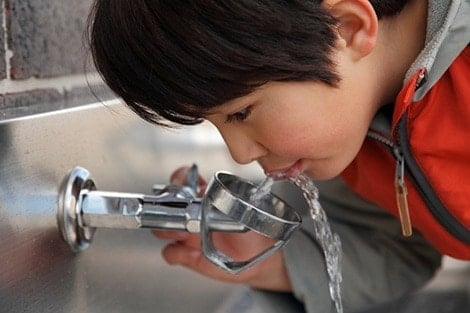 Researchers have identified a potential molecular mechanism through which lead, a pervasive environmental toxin, may harm neural stem cells and neurodevelopment in children. The study, from Harvard T.H. Chan School of Public Health, suggests that lead exposure can lead to oxidative stress—a process that can change cell behavior and has been linked with health problems—among certain proteins within neural stem cells.

The study—one of the first to integrate genetic analysis in the lab with genomic data from participants in an epidemiological study—will be published online August 26, 2016 in Environmental Health Perspectives.

“It is known that lead particularly affects the early stages of neurodevelopment, but the underlying molecular mechanisms remain poorly understood. Our study identified one such key mechanism and has potential implications for therapeutics to treat the neurotoxicity associated with lead exposure,” said Quan Lu, associate professor of environmental genetics and pathophysiology and senior author of the study.

Numerous studies have suggested that lead exposure can be particularly dangerous for children, with the potential to harm their cognitive, language, and psychomotor development and to increase antisocial and delinquent behavior. Although limits on the use of the lead have helped reduce blood lead levels in U.S. children, there are still half a million children aged 1-5 with blood lead levels twice as high as those deemed safe by the U.S. Centers for Disease Control. Recent incidences of lead contamination in drinking water in Flint, MI, and several U.S. cities highlight the continued threat. And, outside the U.S., lead levels in the environment remain high in many countries where lead has not, or has only recently, been phased out from gasoline, paint, and other materials.

In the new study, researchers explored molecular mechanisms through which exposure to lead may impact neural stem cells, which are cells that can differentiate to form other kinds of cells in the central nervous system and play a key role in shaping the developing brain.

They found that lead exposure induced an oxidative stress response in the cells, and they identified two proteins involved in the process: SPP1, or osteopontin, and NRF2.

Researchers also conducted genetic analyses on blood samples from a group of infants who were part of the Early Life Exposures in Mexico and NeuroToxicology (ELEMENT) prospective birth cohort—a study aimed at assessing the roles of environmental and social factors in birth outcomes and in infant and child development. They found that genetic variants in SPP1 in some samples were linked with cognition development in the children, whose neurodevelopmental progress was followed through age 2.

Funding for the study came from the Harvard Superfund Research Program