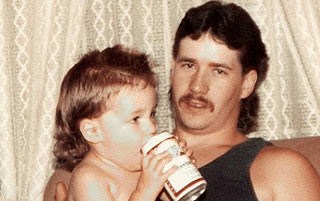 After men become fathers for the first time, they show significant decreases in crime, tobacco and alcohol use, according to a new, 19-year study.

Researchers assessed more than 200 at-risk boys annually from the age of 12 to 31, and examined how men’s crime, tobacco, alcohol, and marijuana use changed over time. While previous studies showed that marriage can change a man’s negative behavior, they had not isolated the additional effects of fatherhood.

“These decreases were in addition to the general tendency of boys to engage less in these types of behaviors as they approach and enter adulthood,” said David Kerr, assistant professor of psychology at Oregon State University and lead author of the study. “Controlling for the aging process, fatherhood was an independent factor in predicting decreases in crime, alcohol and tobacco use.”

The study was published in the current issue of the Journal of Marriage and Family. Collaborators included the Oregon Social Learning Center in Eugene, Ore., and the University of Houston.

The researchers also found that men who were well into their 20s and early 30s when they became fathers showed greater decreases in crime and alcohol use, compared to those who had their first child in their teens or early 20s. Men who had children at a more developmentally-expected time could have been more able or willing to embrace fatherhood and shed negative lifestyle choices, Kerr said.

“It is hopeful that for both older and younger men, tobacco use tended to decrease following the birth of a first child,” Kerr said. “This kind of change could have important health consequences for men and for their families.”

The study adds to a body of research pointing to key periods when men from disadvantaged backgrounds may be ripe for intervention, Kerr said.

“This research suggests that fatherhood can be a transformative experience, even for men engaging in high risk behavior,” he said. “This presents a unique window of opportunity for intervention, because new fathers might be especially willing and ready to hear a more positive message and make behavioral changes.”