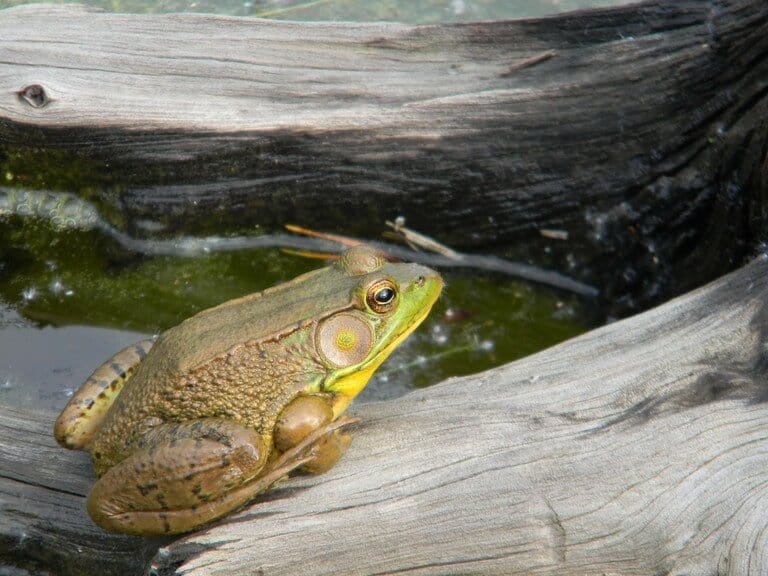 What doesn’t kill them makes them stronger. That old adage appears to hold true for the endangered Sierra Nevada yellow-legged frog, and Penn State researchers hope it is relevant for disappearing amphibians in the eastern United States, too.

A new study published today (Oct. 3) in an early online edition of the Proceedings of the National Academy of Sciences shows that after decades of decline – and despite continued exposure to stressors such as non-native fish, disease and pesticides – the frog’s abundance across Yosemite National Park has increased seven-fold, and at an annual rate of 11 percent, over a 20-year study period.

Those increases, occurring over a large landscape and across hundreds of populations, provide a rare example of amphibian recovery at an ecologically relevant scale — and fly in the face of the continuing steep decline of frog and salamander populations worldwide.

The yellow-legged frog’s comeback out West seems to show that amphibians have the capacity to develop resistance to disease and tolerance for contaminants and suggests that they can survive in the East and around the world. At least that’s the hope of David Miller, assistant professor of wildlife population ecology in Penn State’s College of Agricultural Sciences, who is a member of the research team.

That team, led by University of California Santa Barbara biologist Roland Knapp, also included scientists from the U.S. Geological Survey, San Francisco State University and the University of California Berkeley. The study analyzed more than 7,000 frog surveys conducted at hundreds of sites over more than 20 years. Knapp, based at the Sierra Nevada Aquatic Research Laboratory in Mammoth Lakes, has been studying the yellow-legged frog in Yosemite for 15 years.

Miller’s contribution to the research involved organizing, analyzing and interpreting the massive amount of data collected by the study. He noted that the findings indicate that given sufficient time and the availability of intact habitat, amphibians can recover despite the human-caused challenges they face.

But studies of amphibians done by Miller’s lab at Penn State have not yielded any good news. In Pennsylvania, just like in California, frogs and salamander populations are dealing with a suite of recently introduced pathogens, including the deadly fungal disease chytridiomycosis. Affecting amphibians worldwide, the pathogen is known to infect hundreds and likely thousands of frog and salamander species, he noted, including being the likely cause of extinction for a number of species.

“Based on the Yosemite study, there is some evidence that some frogs are developing an immune response, and populations are starting to recover, and that is really good news given the rapid rate they are declining,” he said. “That may hold promise for amphibians around the world where populations are crashing.”

Scientists believe the chytrid fungus has been around a long time, Miller pointed out, with amphibian specimens in an Illinois museum from the late 1800s shown to be infected. The fungus is now known to exist around the world, with multiple strains likely spreading.

“A graduate student in my lab and Jim Julian, our collaborator at Penn State Altoona, are looking at whether the green frog acts as a potential vector of the chytrid fungus,” Miller said. “The green frog moves around a lot from wetland to wetland. At least in Pennsylvania and the East, green frogs may be spreading the fungus to other amphibians.”

In another grim development for amphibians in Pennsylvania and the East, researchers with Miller’s lab found ponds in central Pennsylvania the past two summers where all wood frog tadpoles and all larvae of Jefferson and spotted salamanders had mysteriously died. Miller strongly suspects the culprit in these mortality events is another pathogen, known as rana virus.

That virus, which Miller admitted scientists don’t know much about, is becoming more common in the eastern U.S. and can also infect turtles and fish.

“What we are really concerned about is a new species of chytrid fungus we have known about for 10 years or so that has been working its way across Europe and is decimating amphibians there,” he said. “This chytrid affects salamanders specifically and is causing major issues as it spreads across Europe. It appears to have originated in Southeast Asia and probably is passed around by the pet trade.”

Miller added that scientists from the U.S. Geological Survey are now trying to learn whether that emerging disease is already in the U.S. and how to prevent it from spreading. It’s a tall order.

So while scientists rejoice in yellow-legged frogs out West evolving to have at least partial resistance to infection that they have been exposed to for decades, if amphibian populations continue to be buffeted by deadly new pathogens, the outlook for their survival is not bright.

“We are crossing our fingers that we can keep these new diseases from showing up here,” Miller said. “It is great that amphibian populations can recover, but the global economy isn’t moving just goods and services all over the world, it is spreading pathogens at a rate we have never seen before.”