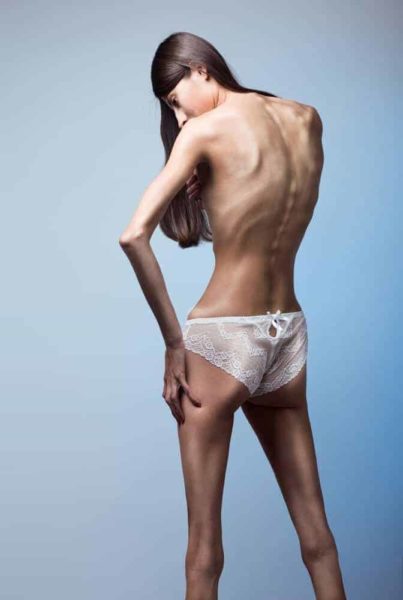 Scientists at the University of Colorado Anschutz Medical Campus have discovered the neurological reasons why those with anorexia and bulimia nervosa are able to override the urge to eat.

In a study published last week in the journal Translational Psychiatry, the researchers showed that normal patterns of appetite stimulation in the brain are effectively reversed in those with eating disorders.

Rather than the hypothalamus, a brain region that regulates appetite, driving motivation to eat, signals from other parts of the brain can override the hypothalamus in eating disorders.

“In the clinical world we call this `mind over matter,”’ said Guido Frank, MD, lead author of the study and associate professor of psychiatry and neuroscience at the University of Colorado School of Medicine. “Now we have physiological evidence to back up that idea.”

Dr. Frank, an expert on eating disorders, set out to discover the hierarchies of the brain that govern appetite and food intake. He wanted to understand the neurological reasons behind why some people eat when they were hungry and others don’t.

Using brain scans, the researchers examined how 26 healthy women and 26 women with anorexia or bulimia nervosa reacted to tasting a sugary solution.

They discovered that those with eating disorders had widespread alterations in the structure of brain pathways governing taste-reward and appetite regulation. The alterations were found in the white matter, which coordinates communication between different parts of the brain.

There were also major differences in the role the hypothalamus played in each group.

Among those without an eating disorder, brain regions that drive eating took their cues from the hypothalamus.

In the groups with an eating disorder, the pathways to the hypothalamus were significantly weaker and the direction of information went in the opposite direction.

As a result, their brain may be able to override the hypothalamus and fend off the signals to eat.

“The appetite region of the brain should drive you off your chair to get something to eat,” said Frank. “But in patients with anorexia or bulimia nervosa that is not the case.” According to the study, humans are programmed at birth to like sweet tastes. But those with eating disorders begin to avoid eating sweets for fear of gaining weight.

“One could see such avoidance as a form of learned behavior and more specifically operant conditioning, with weight gain as the feared `punishment,”’ the study said. This behavior could eventually alter the brain circuits governing appetite and food intake. Researchers now suggest that being afraid to eat certain foods could impact the taste-reward processing mechanisms in the brain which could then reduce the influence of the hypothalamus.

“We now understand better on the biological level how those with an eating disorder may be able to override the drive to eat,” said Frank. “Next we need to begin looking at children to see when all of this starts to come into play.”