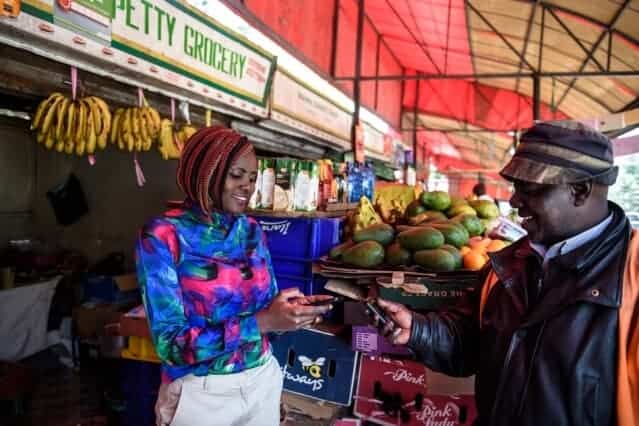 Since 2008, MIT economist Tavneet Suri has studied the financial and social impacts of Kenyan mobile-money services, which allow users to store and exchange monetary values via mobile phone. Her work has shown that these services have helped Kenyans save more money and weather financial storms, among other benefits.

Now, Suri is co-author of a new paper showing that mobile-money services have had notable long-term effects on poverty reduction in Kenya — especially among female-headed households — and have inspired a surprising occupation shift among women.

Published in today’s issue of Science, the study estimates that, since 2008, access to mobile-money services increased daily per capita consumption levels of 194,000 — or 2 percent — of Kenyan households, lifting them out of extreme poverty (living on less than $1.25 per day).

“Previously, we’ve shown mobile money helps you with financial resilience. But no one has understood, if you improve resilience, what happens over the longer term. This is the first study that looks at long-term poverty reduction and at gender,” says Suri, an associate professor at the MIT Sloan School of Management, who co-authored the paper with longtime collaborator William Jack, an economist at Georgetown University.

By 2015, more than 270 mobile-money services were operating in 93 countries, with an estimated 411 million accounts. The Kenyan study is important, Suri says, because it shows that mobile-money services aren’t just conveniences but do, in fact, have a positive impact on people’s livelihoods. “[That] can be useful for regulators trying to figure out if they want to allow it in their country, or whether someone wants to start a service in their country as an entrepreneur,” Suri says.

The study looks at M-PESA, the country’s most popular service, which launched in 2007 and has more than 25 million Kenyan users. There are more than 120,000 M-PESA agents scattered around the country, who handle deposits and withdrawals.

In 2010, Suri and Jack co-authored a study that showed M-PESA helped users borrow, save, and pay for services more easily. A 2012 study by the pair showed M-PESA helped Kenyans manage financial uncertainties caused by crop failures, droughts, or health issues. The idea is the M-PESA users can use a wider network of support, and receive payments more quickly, during dire financial times.

This new paper is “the grand finale” of the researchers’ long-term examination of the impact of M-PESA in Kenya, Suri says. For this study, the researchers compiled surveys of 1,600 households across Kenya over the years, looking at, among other things, average daily per capita consumption — meaning total money spent by the individual and household — and occupational choices.

Instead of looking at the number of individuals using M-PESA, the researchers measured the rise in the number of service agents within 1 kilometer around each household — or “agent density” — during early rollout of the mobile-money services. They then compared the consumption and occupation, and other outcomes, of households that saw relatively large increases of agent density, with those that saw no increases or much smaller ones, over the years.

Not surprisingly, households where agent density increased by five agents — the average in the sample — also saw a 6 percent increase in per capita consumption, enough to push 64 (or roughly 4 percent) of the sampled households above poverty levels. The World Bank defines spending less than $1.25 per day as “extreme poverty,” and spending less than $2 per day as “general poverty.” Mean daily per capita consumption among the sample was $2.50.

Another surprising finding, Suri says, was that increases in agent density caused about 3 percent of women in both female- and male-headed households to take up business or retail occupations over farming. These occupations generally entailed single-person businesses based around producing and selling goods, which is made easier by mobile money, Suri says. “You used to grow vegetables, but now you take your vegetables to the market and sell them, or you open a little food cart or kiosk,” she says.

Using extrapolation methods on their data, the researchers estimate that the spread of mobile-money services has helped raise 194,000 Kenyan households out of extreme poverty, and induced 185,000 women to work in business or retail occupations over farming.

“Suri and Jack’s results are provocative and enticing,” says Dean Karlan, a professor of economics at Yale University. “Provocative in that they find long-term impacts on poverty for women from an important, growing, and profitable business innovation, mobile money. Enticing in that they show us a clear base on which further innovation can and should expand, to find even better ways to use mobile money to target specific problems and make important impacts on issues of poverty around the world.”

Exactly why M-PESA causes increases in per capita consumption and shifts in occupation remains unclear, Suri says. But the researchers have a few ideas, one being that more secure storing of money leads to better financial management and savings, especially among women: The study found that female-headed households that saw greater agent density also saw around a 22 percent rise in savings.

The researchers also think mobile money could give women in male-headed households, who are also usually secondary income earners, more financial independence, which could help them start their own businesses. “As a woman, sometimes you’re not able to save on your own, because cash gets used by the whole house. [Mobile money] allows you to keep separate cash and … manage a source of income on your own,” Suri says.

Moving forward, Suri and Jack now aim to conduct similar research on the impact of mobile-money services on poverty in Uganda, Tanzania, and Pakistan “to find out if this is just an effect for Kenya or more systematic across other countries,” Suri says.

The research was funded, in part, by Financial Sector Deepening Kenya and the Bill and Melinda Gates Foundation.