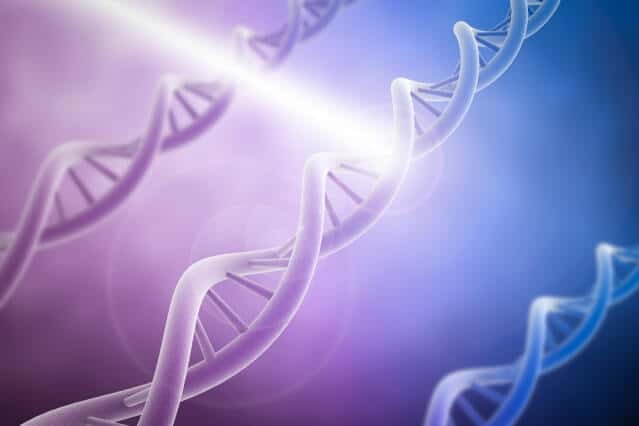 UC San Francisco researchers have discovered a way to switch off the widely used CRISPR-Cas9 gene-editing system using newly identified anti-CRISPR proteins that are produced by bacterial viruses. The technique has the potential to improve the safety and accuracy of CRISPR applications both in the clinic and for basic research.

The new study, published in Cell on Dec. 29, 2016, was led by Benjamin Rauch, PhD, a post-doctoral researcher in the laboratory of Joseph Bondy-Denomy, PhD, who is a UCSF Sandler Faculty Fellow in the Department of Microbiology and Immunology.

CRISPR-Cas9 evolved in bacteria as an immune system to protect against viral infections, but in the past decade it has excited both researchers and the general public as a general-use gene editing system, enabling scientists to quickly and efficiently modify genetic information and tweak gene activity in virtually any organism.

Many hope CRISPR will speed efforts to directly treat genetic disorders, among many other applications, but for the most part the technology has not yet proven quite precise enough, making occasional unintended edits along with the intended ones. Researchers and bioethicists also worry that the technology’s very power and ease of use raise the possibility that it could potentially cause harm, either intentionally or by accident.

The newly discovered anti-CRISPR proteins — which are the first to work against the type of CRISPR-Cas9 system most commonly used by laboratories and the burgeoning gene editing industry — could help resolve both problems, Bondy-Denomy says, enabling more precise control in CRISPR applications but also providing a fail-safe to quickly block any potentially harmful uses of the technology.

To find such a switch, Bondy-Denomy and Rauch turned to the same billion-year arms race between viruses and bacteria that produced the CRISPR system itself:

“Just as CRISPR technology was developed from the natural anti-viral defense systems in bacteria, we can also take advantage of the anti-CRISPR proteins that viruses have sculpted to get around those bacterial defenses,” Rauch said.

How it was done: identifying “self-targeting” bacteria

In order to discover an anti-CRISPR protein that would work against the type of CRISPR-Cas9 system most labs now use, which depends on a protein called SpyCas9 as its targeted DNA clippers, the researchers came up with a clever trick: They reasoned that they should be able to identify bacteria with inactivated CRISPR systems by looking for evidence of so-called “self-targeting” — bacterial strains where some virus had successfully gotten through the Cas9 blockade and inserted its genes into the bacterial genome. The team hypothesized that these phages must encode some anti-CRISPR agent, or else Cas9 would kill the bacteria by cutting its own genome where the viral DNA had been inserted.

“Cas9 isn’t very smart,” Bondy-Denomy said. “It’s not able to avoid cutting the bacterium’s own DNA if it is programmed to do so. So we looked for strains of bacteria where the CRISPR-Cas9 system ought to be targeting its own genome – the fact that the cells do not self-destruct was a clue that the whole CRISPR system was inactivated.”

Using a bioinformatics approach designed by Rauch, the team examined nearly 300 strains of Listeria, a bacterial genus famous for its role in food-borne illness, and found that three percent of strains exhibited “self-targeting”. Further investigation isolated four distinct anti-CRISPR proteins that proved capable of blocking the activity of the Listeria Cas9 protein, which is very similar to SpyCas9.

Additional experiments showed that two of the four anti-CRISPR proteins — which the researchers dubbed AcrIIA2 and AcrIIA4 — worked to inhibit the ability of the commonly used SpyCas9 to target specific genes in other bacteria – such as E. coli – as well as in engineered human cells. Together, the results suggest that AcrIIA proteins are potent inhibitors of the CRISPR-Cas9 gene editing system as it has been adopted in labs around the world.

“The next step is to show in human cells that using these inhibitors can actually improve the precision of gene editing by reducing off-target effects,” Rauch said. “We also want to understand exactly how the inhibitor proteins block Cas9’s gene targeting abilities, and continue the search for more and better CRISPR inhibitors in other bacteria.”

Off-switch could improve accuracy and safety of many CRISPR applications

The discovery could also be a boon for scientists using newer CRISPR techniques pioneered in part at UCSF – such as CRISPR interference and CRISPR activation — which use Cas9 not to modify gene sequences but to precisely tune their activity up and down. Using anti-CRISPR proteins, researchers could boost or block gene activity temporarily, potentially even synchronizing choreographed bursts of activity from sets of interconnected genes across the genome, which could be key to studying and treating complex, multi-gene diseases.

CRISPR inhibitors could also prove to be a valuable safeguard, the researchers say, enabling scientists to quickly halt any application of CRISPR gene editing outside the lab.

“Researchers and the public are reasonably concerned about CRISPR being so powerful that it potentially gets put to dangerous uses,” Bondy-Denomy said. “These inhibitors provide a mechanism to block nefarious or out-of-control CRISPR applications, making it safer to explore all the ways this technology can be used to help people.”