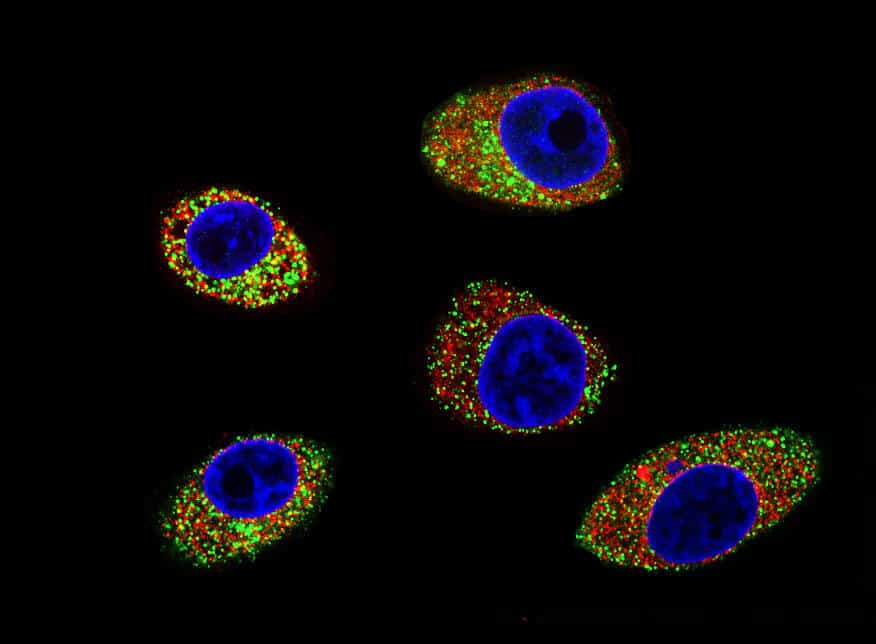 The technique that the hepatitis E virus — an emerging liver virus historically found in developing countries but now on the rise in Europe — uses to spread could present a weak spot scientists can exploit to treat the disease, according to a new study.

Princeton University-led researchers report in the Proceedings of the National Academy of Sciences that when the hepatitis E virus infects a cell, it makes proteins that poke holes in the cell’s membrane to allow newly made virus particles to escape and spread. Known as viroporins, these proteins create channels that allow the inflow and outflow of charged particles called ions that disrupt the infected cell’s physiology and lead it to release the infectious particles.

Yet the very proteins the virus uses to escape a host cell and spread infection could in fact provide an avenue for developing antivirals that target hepatitis E, the researchers said. They suggest that curtailing the virus’ ability to produce viroporins may prevent the pathogen from being able to burst forth from infected cells to attack other cells. Drugs that target viroporin production have already been developed for other viruses that employ the proteins to aid infection, including hepatitis C virus, HIV-1 and influenza A.

“These proteins cause changes in the cell membrane that allow the newly made hepatitis E virus particles to spread,” said senior author Alexander Ploss, a Princeton assistant professor of molecular biology. “If we can prevent the release of viral particles, we could slow the spread of infection and give the immune system time to clear the virus from the body.”

Viruses multiply by taking over an infected cell’s reproductive machinery so that they can make millions of viral copies. These copies then exit the infected cell, usually by bursting it open. Hepatitis E virus, the researchers found, is among a subset of viruses that prime the cell membrane for bursting by using viroporins. Exactly how the transmission of ions through viroporin channels causes the host cell to burst is an active area of research. It may be that ions entering through the pores draw in so much water that the cell explodes like a water balloon, Ploss said.

The available treatments for hepatitis E are not specific and have side effects. Believed to be uncommon in the United States, the virus has become prevalent in Europe in the last few decades where it is contracted primarily via the consumption of undercooked pork and foods such as raw pork-liver sausage. In developing nations, the disease is primarily spread through contaminated food and water. Globally, the virus causes about 20 million cases per year.

In most cases, the virus causes only mild, short-term symptoms such as fever and jaundice. For pregnant women and people with compromised immune systems, however, the disease can be much more severe. Among women in the third trimester of pregnancy, fatality rates as high as 25 percent have been reported, according to the World Health Organization. Immunocompromised individuals, including those infected with HIV and organ-transplant patients taking immunosuppressant drugs, can develop a persistent infection that can eventually destroy their liver.

The researchers discovered that within the virus’s genomic material — which in this virus is RNA — a section known as open reading frame 3 (ORF3) contains the “instructions” the virus uses to make viroporins. Qiang Ding, a postdoctoral fellow in Princeton’s Department of Molecular Biology, performed a series of experiments aimed at finding the function of the protein made from ORF3. Ding’s colleagues at Princeton included research specialist Brigitte Heller, graduate students Bokai Song and Ila Nimgaonkar, and research specialist Gabriela Hrebikova, all in molecular biology.

During these experiments, Ding and his colleagues noted several pieces of evidence indicating that the ORF3 protein could span the cell’s membrane. They noticed that the protein collected on one of the cell’s internal membranes surrounding an organelle known as the endoplasmic reticulum. The researchers also noticed that the proteins formed small clusters that resembled ion channels.

To find out whether these membrane-spanning proteins were needed for letting virus particles escape the cell, Ding and his colleagues removed the ORF3 RNA from the hepatitis E virus. They found that without ORF3, the virus could not exit the infected cell. When they substituted in RNA from influenza A virus — which also use viroporins — the researchers were able to restore the ability of the virus particles to exit the host cell.

A more direct test came with help from researchers at nearby Rutgers University. When ions exit or enter the cell, they cause measurable changes in the electrical currents traveling through the membrane. These currents can be measured with a technique called patch clamping, which involves measuring the currents inside and outside the cell.

To conduct these tests, Ploss contacted Jorge Contreras, an assistant professor at Rutgers New Jersey Medical School. Contreras and graduate student Juan Capuccino taught Ding how to do the experiments, which involved adding ORF3 RNA to cells isolated from Xenopus laevis, or the African clawed frog.

The researchers found that the frog cells expressing ORF3 RNA allowed ion fluxes across the cell membrane whereas X. laevis cells without the viral RNA did not. “We recorded the currents and if the protein was able to facilitate the movement of ions across the membrane down their concentration gradient, it was working as an ion channel,” Contreras said.

The researchers are now exploring the structure of ORF3 to look for areas that could become treatment targets, Ploss said. “We are working on identifying parts of the protein that could possibly prevent the formation of the ion channel or prevent the flux of ions through the channel,” Ploss said.

The paper, “Hepatitis E virus ORF3 is a functional ion channel required for release of infectious particles,” was published in the journal Proceedings of the National Academy of Sciences the week of Jan. 16. The research was supported by the Burroughs Wellcome Fund and the New Jersey Commission on Cancer Research.