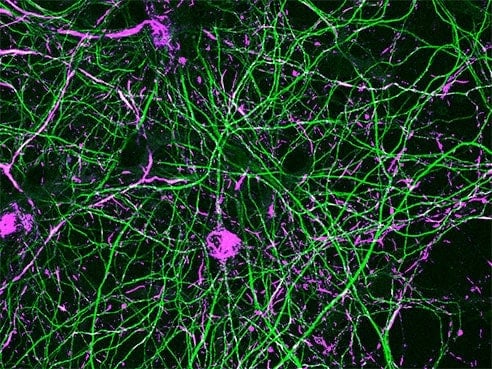 There has long been interest in whether monoamine oxidase type B (MAO-B) inhibitors slow progression of Parkinson’s disease (PD) and improve long-term outcomes. They have shown neuroprotective effects in cell culture and animal studies of PD, but clinical trial results have been mixed and have failed to convincingly demonstrate disease modifying effects in people with PD. In a retrospective analysis by Hauser et al. in the Journal of Parkinson’s Disease, researchers looked at the results from a large study and found that participants who received an MAO-B inhibitor for a longer period of time experienced slower clinical decline.

The NET-PD-LS1 clinical trial was a multicenter, double blind, placebo-controlled trial of 1741 participants with early PD to determine whether creatine mono-hydrate 10mg/day is more effective than placebo in slowing long-term clinical decline. It was one of the largest and longest PD clinical trials to date and ran from March 2007 until July 2013.

Researchers have now conducted a secondary analysis of the data from the NET-PD-LS1 clinical trial to determine if longer duration of MAO-B inhibitor exposure was associated with less clinical decline. During that study, approximately half (784) of the patients received an MAO-B inhibitor, which allowed investigators to identify effects that might have been due to MAO-B inhibitor usage. MAO inhibitors included rasagiline (Azilect) and selegiline (Eldepryl, Zelapar, or EMSAM).

Patients were assessed using the Global Outcome (GO), a combination of five different measurements of changes from baseline in the Schwab and England Activities of Daily Living (ADL) scale, the PD 39-item Questionnaire (PDQ-39), the Unified PD Rating Scale (UPDRS) Ambulatory Capacity (AC), the Symbol Digit Modalities (SDM) test for cognitive function, and the most recent measurement of the Modified Rankin scale (mRS) for global disability. This analysis included 1616 participants who completed baseline and at least one yearly evaluation that included all five measures of the GO.

According to lead investigator Robert A. Hauser, MD, MBA, Departments of Neurology, Molecular Pharmacology and Physiology, University of South Florida, and Director of the Parkinson’s Disease and Movement Disorders Center, National Parkinson Foundation Center of Excellence, Tampa FL, “Earlier large trials aiming to evaluate potential disease modifying effects of MAO-B inhibitors unfortunately suffered from confounding motor effects or yielded conflicting results. Our study suggests that we should not give up on the potential long term benefits of MAO-B inhibitors. A definitive, rigorous, long-term trial should strongly be considered.”