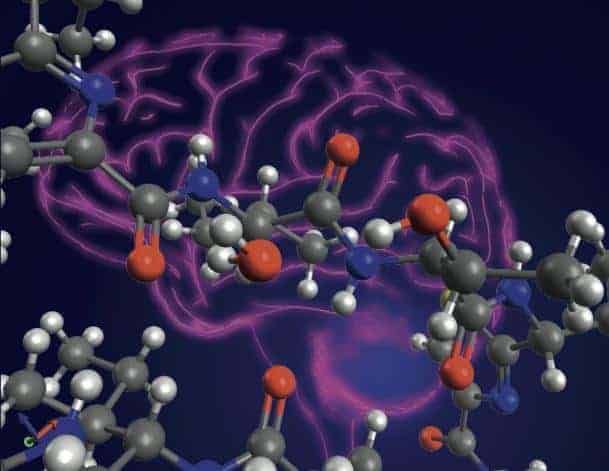 It is a long-held belief in the scientific community that the beta-amyloid plaques appear almost instantaneously. Hence the term “popcorn plaques”. The infrared spectroscopy images, however, revealed something entirely different.

The researchers could now see structural, molecular changes in the brain.

“No one has used this method to look at Alzheimer’s development before. The images tell us that the progression is slower than we thought and that there are steps in the development of Alzheimer’s disease that we know little about. This, of course, sparked our curiosity,” says Gunnar Gouras, professor in experimental neurology at Lund University and senior author of the study.

What was happening at this previously unknown phase? Through biochemical identification the first author of the study, Oxana Klementieva, was able to look closer at these early brain changes.

The results revealed another discovery. Namely, that the beta-amyloid did not appear as a single peptide, a widely held belief in the field, but as a unit of four peptides sticking together, a tetramer.

This breakthrough offers a new hypothesis to the cause of the disease. The abnormal separation of these four peptides could be the start of the beta-amyloid aggregation that later turns into plaques.

“This is very, very exciting. In another amyloid disease, transthyretin amyloidosis, the breaking up of the tetramer has been identified as key in disease development. For this disease, there is already a drug in the clinic that stabilizes the tetramers, consequently slowing down disease progression. We hope that stabilizing beta-amyloid in a similar fashion may be the way forward in developing future therapies” says Gunnar Gouras.

The discovery could therefore alter the direction of therapy development for the disease. The aim of most clinical trials today is to eliminate plaques.

Researchers at Lund University will now try to understand the interaction patterns of beta-amyloid preceding the aggregation process. Finding the antidote to whatever breaks the beta-amyloid protein apart could open doors towards a major shift in­ the development of therapies for Alzheimer’s disease.