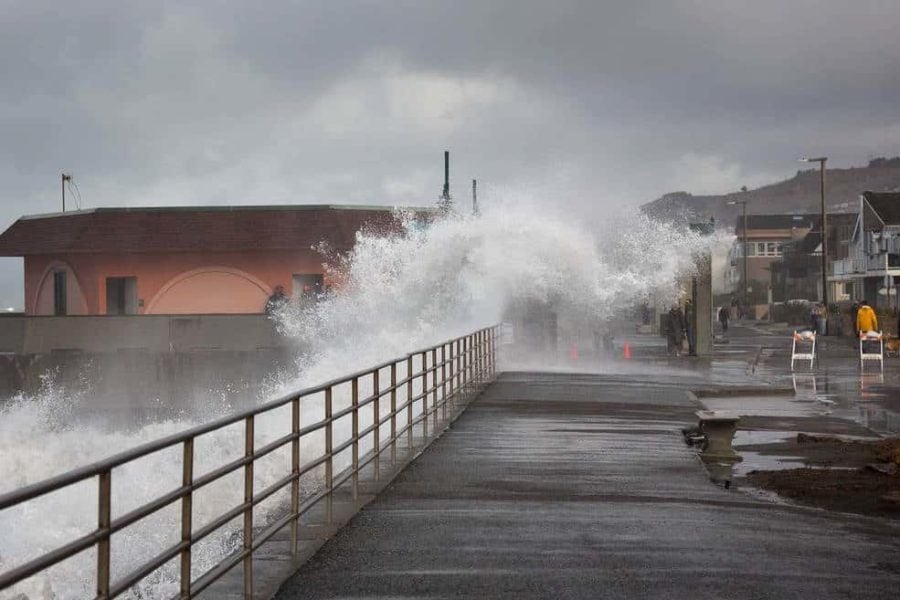 When Hurricane Katrina struck Louisiana in 2005, cities inland saw an influx of evacuees escaping the storm and its aftermath. Now, a new University of Georgia study predicts that this could happen again as a result of sea-level rise.

In a paper published today in Nature Climate Change, researchers estimate that approximately 13.1 million people could be displaced by rising ocean waters, with Atlanta, Houston and Phoenix as top destinations for those forced to relocate.

The study is the first attempt to model the destination of millions of potentially displaced migrants from heavily populated coastal communities.

“We typically think about sea level rise as a coastal issue, but if people are forced to move because their houses become inundated, the migration could affect many landlocked communities as well,” said the study’s lead author, Mathew Hauer, who completed his doctoral degree in the Franklin College of Arts and Sciences department of geography.

While sea-level rise assessments are numerous and may help plan for the development of critical infrastructure, few research studies have grappled with where displaced people and families will go. No previous studies model how migration caused by sea-level rise will affect population other than in the directly affected coastal areas.

The new study combines estimates of populations at risk from sea-level rise within a migrations systems simulation to estimate both the number and destinations of potential sea-level rise migrations in the U.S. over the coming century.

“Some of the anticipated landlocked destinations, such as Las Vegas, Atlanta and Riverside, California, already struggle with water management or growth management challenges,” Hauer said. “Incorporating accommodation strategies in strategic long-range planning could help alleviate the potential future intensification of these challenges.”

A full version of the study is available online here.