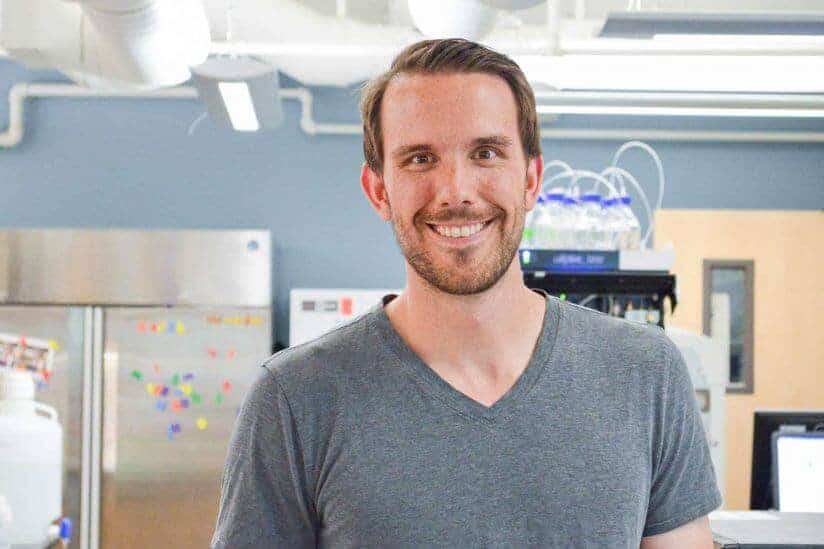 A unique peptide could have potent anti-aging properties, and researchers want to know how the effects might vary with age, according to a doctoral student at the USC Leonard Davis School of Gerontology.

The peptide MOTS-c — which is encoded in the energy-providing mitochondria of cells rather than in a cell’s nucleus — and its effects on metabolism were first described in 2015 by USC Davis Assistant Professor Changhan David Lee, the mentor of Joseph Reynolds. MOTS-c appears to mimic the effects of exercise when given to mice, increasing insulin sensitivity and preventing obesity even though the animals ate a high-fat diet.

Further research has indicated that mice who received injections of MOTS-c maintain more lean muscle mass, build up less body fat and perform better on tests of physical function. The treated mice voluntarily run faster and for nearly twice as long on a treadmill compared to mice who didn’t receive the peptide, according to Reynolds.

“We now want to get more information on the cellular pathways that explain why MOTS-c improves physical performance in mice,” he said.

A key aspect of the project’s next phase will be examining how the effects and mechanisms of MOTS-c treatment vary between mice of different ages — current research has only been performed in mice of similar ages.

If the positive early results eventually make their way into human medicine, Reynolds said his hope is that MOTS-c treatment could help stave off physical declines in aging humans.

“Our hope is that this could one day prevent frailty in older adults, help them maintain muscle mass and perhaps even decrease their risk of falling,” he said.

Reynolds’ newest research will be supported by the 2017 Glenn Foundation for Medical Research/American Federation for Aging Research Scholarship, which provides $5,000 for a three- to six-month research project into biomedical aspects of aging. According to the AFAR website, the program gives students the chance to learn more about aging research and better understand the challenges involved in improving the quality of life for older people.