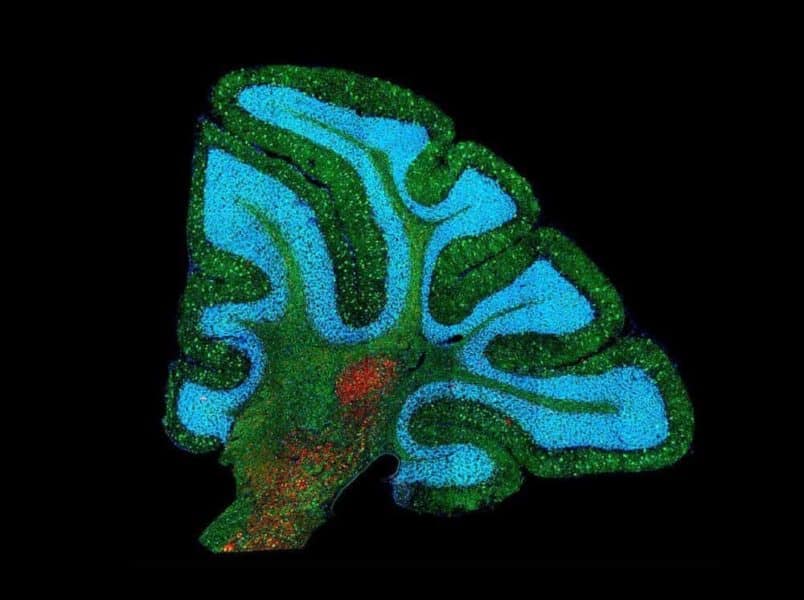 An experimental drug appears to slow the progression of Niemann-Pick disease type C1 (NPC1), a fatal neurological disease, according to results of a clinical study led by researchers at the National Institutes of Health. The study appears in The Lancet.

NPC1 is a rare genetic disorder that primarily affects children and adolescents, causing a progressive decline in neurological and cognitive functions. The U.S. Food and Drug Administration has not approved any treatments for the condition.

The drug, 2-hydroxypropyl-beta-cyclodextrin (VTS-270), is being tested under a cooperative research and development agreement, or CRADA, between NIH and Sucampo Pharmaceuticals, Inc. In April 2017, Sucampo acquired Vtesse Inc., which previously had been developing VTS-270.

“The results are very encouraging and support continued development of VTS-270 for treating NPC1,” said Forbes D. Porter, M.D., Ph.D., clinical director at NIH’s Eunice Kennedy Shriver National Institute of Child Health and Human Development (NICHD) and the study’s senior author. “Compared to untreated patients we followed in an earlier study, participants who received VTS-270 scored better on a scale used to evaluate disease severity and progression, including elements such as speech, cognition and mobility.”

The study was a phase 1/2a clinical trial designed to test the drug’s safety and effectiveness. A group of 14 participants, ranging from ages 4 to 23 years, received the experimental drug once a month at NIH for 12 to 18 months. Another group of three participants received the drug every two weeks for 18 months at Rush University Medical Center in Chicago. Initially, participants were divided into groups receiving different doses of the drug, but after observing that the drug was safe and well-tolerated by those receiving the highest doses, the researchers increased dosing for all participants. Their progress was compared to a previous group of 21 NPC1 participants enrolled in an earlier study that documented disease progression.

The researchers did not observe any serious adverse outcomes related to the drug. However, the participants, most of whom had already experienced hearing loss because of the disease, had additional hearing loss after treatment. Earlier studies had shown that the treatment carries the risk for hearing loss. In the current study, hearing loss was compensated with hearing aids, which enabled participants to go about their daily lives.

The researchers also evaluated the drug’s effectiveness using a neurological severity score, where higher scores indicate more severe effects from the disease. Compared to an earlier group of patients who had not received the drug, VTS-270-treated participants had lower scores in measures of cognition and speech, with mobility scores also trending lower. The authors believe these differences indicate that treatment with the drug can stabilize or slow disease progression.

NICHD researchers led the design, data collection and analysis of the phase 1/2a clinical trial. VTS-270 was provided by Janssen Research & Development, a Johnson & Johnson company. Researchers are now working on a randomized, controlled phase 2b/3 clinical trial (NCT02534844) that has been approved by the FDA and the European Medicines Agency. The trial is sponsored by Sucampo, and its results will help determine which symptoms are most responsive to the drug and provide information for refining the dose and dosing frequency. The goal of this trial is to obtain regulatory approval of VTS-270.

Additional funding for the study was provided by Dana’s Angels Research Trust, the Ara Parseghian Medical Research Foundation, Hope for Haley, Samantha’s Search for the Cure Foundation, the National Niemann-Pick Disease Foundation, and Support of Accelerated Research for NPC Disease.