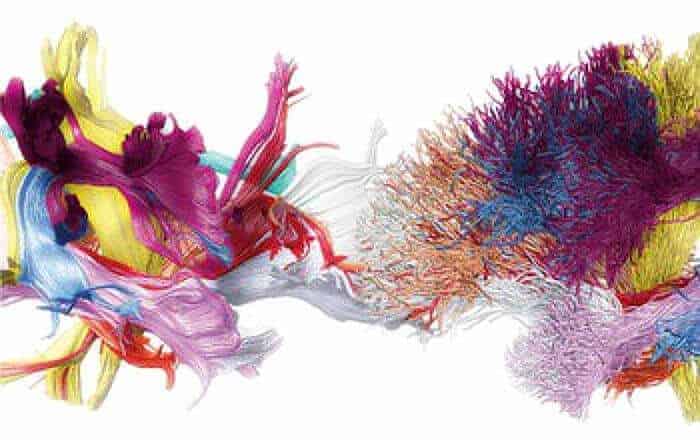 A new study explores how the brain processes music. That’s not so remarkable. What is out of the ordinary is that involves a man blowing brass while under the knife.

Dan Fabbio was working as a music teacher in New York in spring 2015. Toiling away on a project for his master’s degree in music, he suddenly began to “see and hear things that I knew were not real.” Fabbio grew dizzy and nauseous and wisely visited a hospital that same day. There, doctors performing a CAT scan found a brain mass.

Said the musician and teacher: “I was 25 at the time and I don’t think there is any age when it is OK to hear that. I had never had any health problems before and the first thing my mind went to was cancer.” There was good news and bad news. The tumor was benign and easy to get at. But it was located in a part of the brain important for music function.

Fabbio was referred to neurosurgeon Web Pilcher at the Del Monte Institute for Neuroscience. Said Pilcher: “When I met Dan for the first time, he expressed how concerned he was about losing his musical ability, because this frankly was the most important thing to him in his life, not only his livelihood, but his profession and his interest in life.”

“Removing a tumor from the brain can have significant consequences depending upon its location,” said Pilcher. “Both the tumor itself and the operation to remove it can damage tissue and disrupt communication between different parts of the brain. It is, therefore, critical to understand as much as you can about each individual patient before you bring them into the operating room so we can perform the procedure without causing damage to parts of the brain that are important to that person’s life and function.”

“Everybody’s brain is organized in more or less the same way,” said Brad Mahon, Ph.D., an associate professor in the University of Rochester Department of Brain and Cognitive Sciences. He and Pilcher have developed a sophisticated brain mapping technique to aid in neurosurgeries. “But the particular location at a fine grain level of a given function can vary sometimes up to a couple centimeters from one person to another. And so it’s really important to carry out this kind of detailed investigation for each individual patient.”

It is common to test for language and motor skills but evaluating musical ability is more unusual. Mahon consulted with Elizabeth Marvin at the Eastman School of Music. Together they created a set of cognitive musical tests Fabbio could perform as his brain was being scanned by a functional MRI (fMRI).

For instance, Fabbio would listen to and then hum back a series of short melodies. The fMRI identifies changes in oxygen levels, highlighting areas of the brain activated by the music activities. With that data the researchers created a detailed, 3-D map of Fabbio’s brain, IDing locations of both the tumor and music function for use in the OR.

Processing and repeating a tune is a key measure, but Fabbio’s clinicians also wanted to know if they successfully preserved his ability to perform music. To find out, the brought the saxophone into the operating room for him to play. Because Fabbio would be on his side, and deep breaths could cause his brain to swell, Fabbio and the team settled on a Korean folk tune with modified, shallower breaths.  Said Marvin: “The whole episode struck me as quite staggering that a music theorist could stand in an operating room and somehow be a consultant to brain surgeons. In fact, it turned out to be one of the most amazing days of my life because if felt like all of my training was suddenly changing someone’s life and allowing this young man to retain his musical abilities.”

During the procedure, surgeons used the map of Fabbio’s brain that had been developed by Mahon to plan the surgery. They also went through a process of painstakingly reconfirming what the brain scans showed them. This was accomplished by delivering a mild electrical stimulus that temporarily disrupts a small area of the brain. While this was occurring, Fabbio was awake and repeating the humming and language tasks he performed prior to the surgery. Marvin was present in the OR and scored his performance to let the surgeons know whether or not they had targeted an area that disrupted music processing and, therefore, should be avoided during the procedure. Once the tumor had been removed the surgeons gave the go ahead to bring over the saxophone and let Fabbio play. “It made you want to cry,” said Marvin. “He played it flawlessly and when he finished the entire operating room erupted in applause.”

Fabbio has since completely recovered and returned to teaching music within a few months of his surgery. The data from Fabbio’s case is the basis of a study in the journal Current Biology.