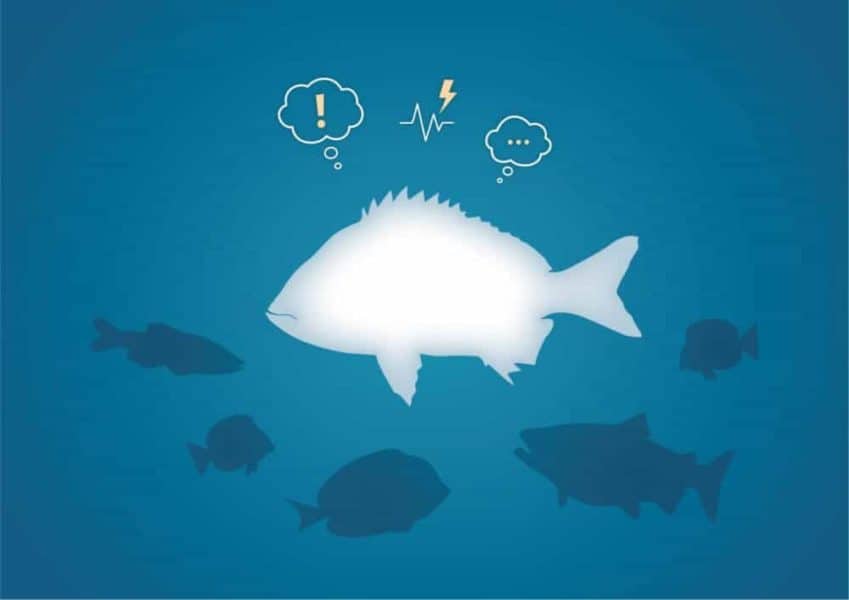 The occurrence of emotions in animals has been under debate. Now, a research team from the Centro de Ciências do Mar (CCMAR), at the University of Algarve, the ISPA – Instituto Universitario, the Instituto Gulbenkian de Ciencia (IGC) and the Champalimaud Research (in Portugal), demonstrated for the first time that fish have emotional states triggered by the way they perceive the environmental stimuli. This study, published in Scientific Reports, reveals that the ability to assess emotional stimuli may have a simpler neurologic basis than expected that was conserved throughout animal evolution.

The evaluation of an emotional state is not an easy task. Whereas in humans emotions are felt consciously, and can be verbalized, there is no way to check if animals can feel emotions. But an emotional state is more than a feeling. It is characterised by behavioural, physiologic, neurologic and genetic changes. Therefore, it is possible to run tests to infer if the response to a certain stimulus is associated with an emotional state. Previous studies suggested that some animals, namely primates and other mammals, show emotional states, without knowing if this process is conscious or not. Now, the team led by Rui Oliveira, researcher at ISPA, IGC and Champalimaud, decided to investigate if fish, “simpler” animals that are more distant from humans in the evolution scale, respond emotionally to stimuli of their environment

Tests were held in sea bream after the fish were trained under favourable or adverse conditions that could trigger an emotional state. Contrarily to what is expected in a non-emotional response, the researchers observed that fish responded differently to the same stimulus depending on the way they were assessing the stimulus. The emotional reactions were monitored through the evaluation of interaction or escape behaviours among fish, measuring the levels of cortisol, a stress hormone, and assessing the brain areas that were activated and that are known to be associated with positive and negative emotional states.

“This is the first time that is shown that fish can trigger physiologic and neuromolecular responses in the central nervous system in response to emotional stimuli based on the significance that that stimulus has for the fish”, says Rui Oliveira. The researcher explains that “the occurrence of the cognitive assessment of an emotional stimulus in fish means that that this cognitive capacity may have ‘computational’ requirements simpler than what has been considered until now, and may have evolved around 375 million years ago.”