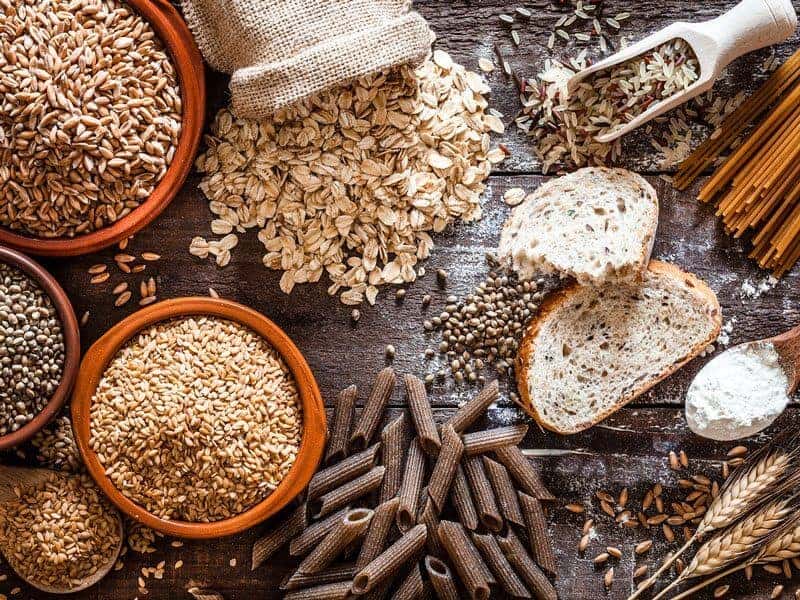 Consumption of dietary fiber can prevent obesity, metabolic syndrome and adverse changes in the intestine by promoting growth of “good” bacteria in the colon, according to a study led by Georgia State University.

The researchers found enriching the diet of mice with the fermentable fiber inulin prevented metabolic syndrome that is induced by a high-fat diet, and they identified specifically how this occurs in the body. Metabolic syndrome is a cluster of conditions closely linked to obesity that includes increased blood pressure, high blood sugar, excess body fat around the waist and abnormal cholesterol or triglyceride levels. When these conditions occur together, they increase a person’s risk of heart disease, stroke and diabetes.

Obesity and metabolic syndrome are associated with alterations in gut microbiota, the microorganism population that lives in the intestine. Modern changes in dietary habits, particularly the consumption of processed foods lacking fiber, are believed to affect microbiota and contribute to the increase of chronic inflammatory disease, including metabolic syndrome. Studies have found a high-fat diet destroys gut microbiota, reduces the production of epithelial cells lining the intestine and causes gut bacteria to invade intestinal epithelial cells.

This study found the fermentable fiber inulin restored gut health and protected mice against metabolic syndrome induced by a high-fat diet by restoring gut microbiota levels, increasing the production of intestinal epithelial cells and restoring expression of the protein interleukin-22 (IL-22), which prevented gut microbiota from invading epithelial cells. The findings are published in the journal Cell Host & Microbe.

“We found that manipulating dietary fiber content, particularly by adding fermentable fiber, guards against metabolic syndrome,” said Dr. Andrew Gewirtz, professor in the Institute for Biomedical Sciences at Georgia State. “This study revealed the specific mechanism used to restore gut health and suppress obesity and metabolic syndrome is the induction of IL-22 expression. These results contribute to the understanding of the mechanisms that underlie diet-induced obesity and offer insight into how fermentable fibers might promote better health.”

For four weeks, the researchers fed mice either a grain-based rodent chow, a high-fat diet (high fat and low fiber content with 5 percent cellulose as a source of fiber) or a high-fat diet supplemented with fiber (either fermentable inulin fiber or insoluble cellulose fiber). The high-fat diet is linked to an increase in obesity and conditions associated with metabolic syndrome.

They discovered a diet supplemented with inulin reduced weight gain and noticeably reduced obesity induced by a high-fat diet, which was accompanied by a reduction in the size of fat cells. Dietary enrichment with inulin also markedly lowered cholesterol levels and largely prevented dysglycemia (abnormal blood sugar levels). The researchers found insoluble cellulose fiber only modestly reduced obesity and dysglycemia.

In addition, the researchers found switching mice from a grain-based chow diet to a high-fat diet resulted in a loss of colon mass, which they believe contributes to low-grade inflammation and metabolic syndrome. When they switched mice back to a chow diet, the colon mass was fully restored.