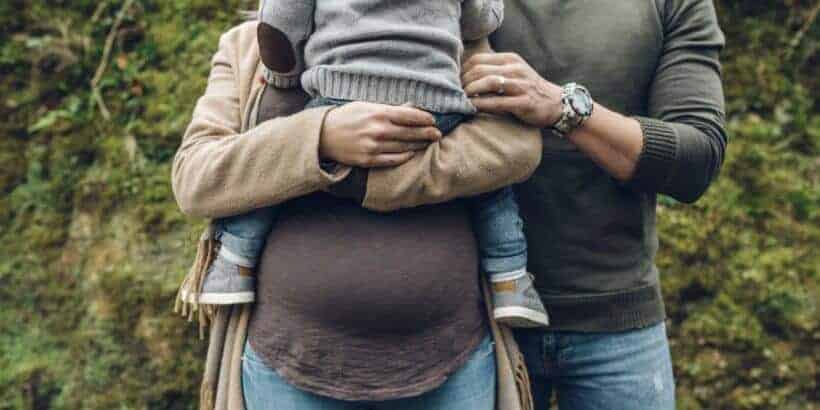 When a close relative dies, the stress can be overwhelming. But for many adults and children, mourning and grief often give way to healing.

A pair of Stanford scholars now focuses on the impact that loss has on often-overlooked family members: babies. A new publication by Petra Persson and Maya Rossin-Slater indicates that losing a loved one during pregnancy may actually impact the mental health of the child as he or she grows into adulthood.

“We find that prenatal exposure to the death of a maternal relative increases take-up of ADHD medications during childhood and anti-anxiety and depression medications in adulthood,” the researchers wrote in the April edition of the American Economic Review.

“Of course, you cannot prevent family members from dying, and we certainly do not want our findings to constitute yet another source of stress for expecting mothers, who already face rather intense pressure to eat the right foods, avoid activities deemed harmful, and experience an avalanche of health advice,” Persson said. “But our findings potentially point to the importance of generally reducing stress during pregnancy, for example through prenatal paid maternity leave and programs that provide resources and social support to poor, pregnant women.”

Their research focused specifically on singleton children in Sweden born between 1973 and 2011 whose mother lost a close relative during her pregnancy. They used population registers to construct family trees that span four generations, from the children to their maternal great-grandparents. Their sample included all children whose mother lost a close relative — a sibling, parent, maternal grandparent, the child’s father or her own older child — in the nine months after the child’s date of conception or the year after the child’s birth. The study did not account for the quality of those relationships.

Their analysis compared the outcomes of children whose mothers experienced a relative’s death while they were pregnant with those of children whose maternal relatives died in the year after birth. They were thus able to isolate the impacts of fetal exposure to maternal stress from bereavement from all other consequences associated with a family member’s passing, such as changes to family resources or household composition, which affect all children in their sample.

Additionally, by considering the deaths of different relatives, their approach presents a new measure of intensity of stress exposure: the closeness between the mother and the relative who passed in the family tree.

The researchers merged the Swedish data with information about the children’s health throughout childhood and into adulthood, using birth and medical records. They were aided by Sweden’s novel prescription drug registry, which contains all prescription drug purchases and the exact substances and doses prescribed in the country.

“Our research suggests that policies that can reduce stress during pregnancy can have substantial benefits for the next generation,” Rossin-Slater said in an interview. “Moreover, since poor families are more likely to experience stress than more advantaged ones, our results imply that stress-reducing policies that target low-income pregnant women could play a role in mitigating the persistence of socio-economic inequality across generations.”

Persson and Rossin-Slater said they were initially inspired by two recent economic studies using data from Uganda and Iraq, which found that fetal exposure to malnutrition has adverse consequences for adult mental illness.

“Our study offers complementary evidence linking early-life circumstance to adult mental health, but breaks new ground by focusing on stress,” the authors wrote, “which may be more pertinent than malnutrition in modern developed countries such as the United States and Sweden, and by tracing health outcomes throughout the time period between the fetal shock and adulthood.”

Mental illness results in great financial and social costs. In 2008, the market for prescription drugs treating depression totaled $9.6 billion in the United States alone, a sales volume exceeded only by cholesterol and pain medications.

In 2013, one in seven school-age boys were treated with prescription drugs for Attention Deficit Hyperactivity Disorder, fueling a $9 billion market, five times larger than the $1.7 billion market just a decade earlier. The authors note that estimates also suggest that mental illness accounts for more than one-half of the rise in disability costs among men in the last two decades.

Moreover, in Sweden — the setting for their paper – mental illness accounts for a larger share of health expenditures on prescription drugs than any other therapeutic class.

The scholars said that their study contributes to the research in this area by documenting a causal link between fetal stress exposure and mental health later in life. Moreover, by following the same children from birth to adulthood, they were able to observe the onset of adverse effects of exposure to maternal bereavement in utero.

“In sum, our results show that the death of a relative up to three generations apart during pregnancy has far-reaching consequences for mental health during childhood and adulthood,” Persson and Rossin-Slater said.

Their findings suggest large welfare gains of preventing fetal exposure to severe stress: For example, based on the 2008 figure for the U.S. market, the 8 percent decrease in the consumption of prescription drugs treating depression alone can be valued at around $800 million annually.

They conducted a back-of-the-envelope calculation to understand how exposure to economically induced stress during pregnancy might affect the mental well-being of the next generation by relying on past research estimating cortisol responses to grief and to economic shocks like unemployment and poverty.

“Our calculation suggests that in-utero exposure to stress from unemployment may lead to a 17.3 percent increase in the likelihood of ever purchasing a drug to treat ADHD in middle childhood,” they concluded, “and a 9 percent and 5.5 percent increases in the likelihoods of ever purchasing drugs to treat anxiety and depression in adulthood, respectively.”

The newly published findings can inform one way by which policymakers and the medical community can tackle the prevalence and rising costs of mental health issues: by considering ways to make pregnancy — an inherently stressful time — a little easier to manage.