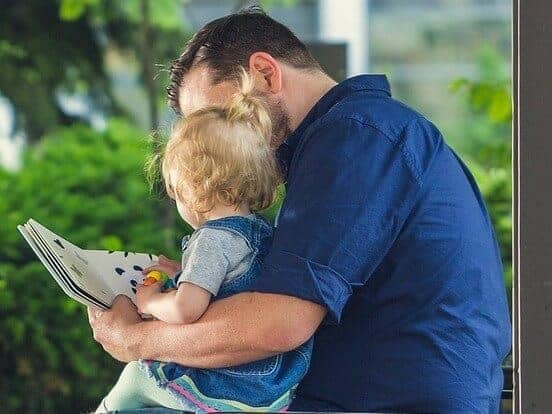 Researchers have found a surprising way to help boost the skills of children with language impairment: Pay their parents to read to them.

A new study tested four techniques to get parents or other caregivers to complete a 15-week literacy intervention for their children with language impairment.

Only one of those techniques – paying parents 50 cents for each reading session – led to children showing significant gains in reading test scores, findings showed.

“We were somewhat stunned to find that paying parents had this strong effect. We didn’t anticipate this,” said Laura Justice, lead author of the study and professor of educational psychology at The Ohio State University.

The other three techniques tried in the study were offering positive feedback to the parents, offering encouragement, and modeling to parents how to read in a way that improved children’s literacy skills.

None of these three was helpful, and offering feedback actually had a slight negative effect on children’s test scores, said Justice, who is executive director of The Crane Center for Early Childhood Research and Policy at Ohio State.

Justice conducted the study with Jing Chen, graduate student; Sherine Tambyraja, senior research associate; and Jessica Logan, assistant professor, all at the Crane Center. Their results appear online in the Journal of Autism and Developmental Disorders.

The study involved 128 parents or caregivers and their children. All children were 4 or 5 years old and had been diagnosed with language impairment. Most of the caregivers lived in low-income households.

All caregivers used the Sit Together and Read (STAR) intervention with their children. STAR was developed by Justice and a colleague in 2013 and has been thoroughly evaluated and found to be helpful, particularly when used by teachers.

The program involves reading to children with the goal of improving print knowledge, which includes knowing the features and names of the letters of the alphabet and print conventions such as reading left to right.

While STAR has been shown to be effective, the problem is getting parents to read often enough with their children to make the program successful, Justice said.

“We have found that 25 to 50 percent of parents don’t adhere to the program enough for it to really work, and many of them are poorer and have less education,” she said.

Participants in the study were instructed to read one book a week to their children, four separate times, for a total of 60 readings over 15 weeks. Caregivers received specific instructions about how to read the books, which were provided to them, to follow the STAR program.

All caregivers audio-recorded each book reading session and kept a written log detailing their readings.

Most of the participants received one or more of the four behavior-change techniques – monetary rewards, supportive feedback, encouragement or modeling – to help boost their compliance with the program.

Research staff met with caregivers about six times during the 15 weeks during which time they used the applicable behavior change techniques.

Each child was assessed twice, before and after the STAR intervention, to assess their print knowledge.

Results showed that children whose parents or caregivers were paid to read to them showed significant improvements in their print knowledge after the STAR intervention. None of the other techniques had a positive effect.

A secondary boost came from the fact that caregivers who received the monetary reward also talked more to their kids than other caregivers about the print features of the books as they were reading them – a key part of the STAR program.

A study like this can identify the barriers that are keeping parents from completing the STAR intervention, Justice said.

“Our results showed that we identified the right barrier,” she said. “The barrier that money overcomes in these families is time pressure.”

Many of the parents who don’t complete the intervention are poorer and less educated, she said. Even the small payment used in this study – the average caregiver received $31.50 over the 15 weeks – was enough to persuade parents that the time spent on reading was worth it.

Justice said she knows that many teachers and others don’t like the idea of paying caregivers to read to their children.

But she emphasizes that the payments in this study were “a very modest investment” that paid big dividends with the children.

“Maybe it could be a different kind of incentive, something as simple as a certificate for parents who complete the intervention. Or the payments could be smaller. There’s more research that needs to be done,” Justice said.

This research was supported by a grant from the National Institutes of Health’s Institute on Deafness and Other Communication Disorders.