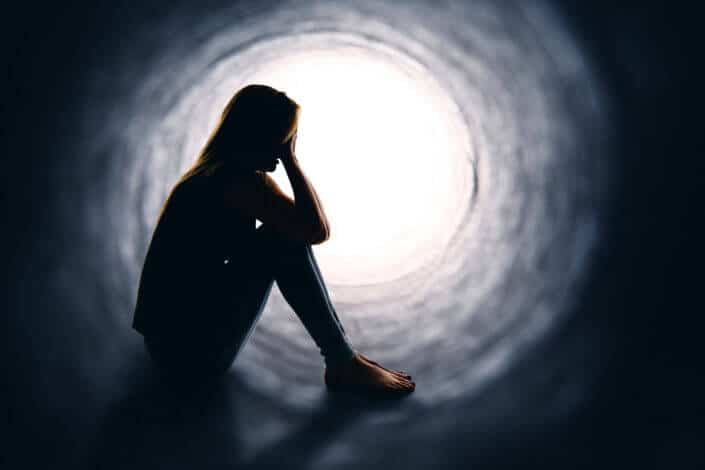 People with depression have low blood levels of a substance called acetyl-L-carnitine, according to a Stanford University School of Medicine scientist and her collaborators in a multicenter study.

Naturally produced in the body, acetyl-L-carnitine is also widely available in drugstores, supermarkets and health food catalogs as a nutritional supplement. People with severe or treatment-resistant depression, or whose bouts of depression began earlier in life, have particularly low blood levels of the substance.

The findings, published online July 30 in the Proceedings of the National Academy of Sciences, build on extensive animal research. They mark the first rigorous indication that the link between acetyl-L-carnitine levels and depression may apply to people, too. And they point the way to a new class of antidepressants that could be freer of side effects and faster-acting than those in use today, and that may help patients for whom existing treatments don’t work or have stopped working.

Natalie Rasgon, MD, PhD, professor of psychiatry and behavioral sciences at Stanford, described the findings as “an exciting addition to our understanding of the mechanisms of depressive illness.”

“As a clinical psychiatrist, I have treated many people with this disorder in my practice,” she said.

Depression, also called major depressive disorder or clinical depression, is the most prevalent mood disorder in the United States and the world, affecting 8-10 percent of the general population at any given time, with every fourth person likely to experience the condition over the course of a lifetime.

“It’s the No. 1 reason for absenteeism at work, and one of the leading causes of suicide,” Rasgon said. “Worse, current pharmacological treatments are effective for only about 50 percent of the people for whom they’re prescribed. And they have numerous side effects, often decreasing long term compliance.”

Rasgon shares senior authorship of the study with Bruce McEwen, PhD, professor and chief of the Laboratory of Neuroendocrinology at The Rockefeller University in New York City. The lead author is Carla Nasca, PhD, a postdoctoral scholar in McEwen’s lab.

“In rodent experiments led by Dr. Nasca both here at Rockefeller and elsewhere previously, a deficiency of acetyl-L-carnitine was associated with depression-like behavior,” McEwen said. Oral or intravenous administration of acetyl-L-carnitine reversed the animals’ symptoms and restored their normal behavior, he said.

In those studies, the animals responded to acetyl-L-carnitine supplementation within a few days. Current antidepressants, in contrast, typically take two to four weeks to kick in — in animal experiments as well as among patients.

Nasca’s animal studies suggest that acetyl-L-carnitine, a crucial mediator of fat metabolism and energy production throughout the body, plays a special role in the brain, where it works at least in part by preventing the excessive firing of excitatory nerve cells in brain regions called the hippocampus and frontal cortex.

The new study, also initiated by Nasca, recruited 20- to 70-year-old men and women who had been diagnosed with depression and, amid episodes of acute depression, had been admitted to either Weill Cornell Medicine or Mount Sinai School of Medicine, both in New York City, for treatment. These participants were screened via a detailed questionnaire and assessed clinically, and their blood samples and medical histories were taken. Twenty-eight of them were judged to have moderate depression, and 43 had severe depression.

In comparing their blood samples with those of 45 demographically matched healthy people, the depressed patients’ acetyl-L-carnitine blood levels were found to be substantially lower. These findings held true for both men and women, regardless of age.

Further analysis showed that the lowest levels occurred among participants whose symptoms were most severe, whose medical histories indicated they were resistant to previous treatments, or whose onset of the disorder occurred early in life. Acetyl-L-carnitine levels were also lower among those patients reporting a childhood history of abuse, neglect, poverty or exposure to violence.

These patients, who collectively account for 25-30 percent of all people with major depression disorder, are precisely the ones most in need of effective pharmacological interventions, said Rasgon, who performed the bulk of the advanced data analysis for the study.

But she cautioned against rushing to the store to pick up a bottle of acetyl-L-carnitine and self-medicating for depression. “We have many previous examples of how nutritional supplements widely available over the counter and unregulated by the Food and Drug Administration — for example, omega-3 fatty acids or various herbal substances — are touted as panaceas for you-name-it, and then don’t pan out,” she said.

Big questions remain, she added. “We’ve identified an important new biomarker of major depression disorder. We didn’t test whether supplementing with that substance could actually improve patients’ symptoms. What’s the appropriate dose, frequency, duration? We need to answer many questions before proceeding with recommendations, yet. This is the first step toward developing that knowledge, which will require large-scale, carefully controlled clinical trials.”

Rasgon is a member of the Stanford Neurosciences Institute.

Researchers at Weill Cornell Medical College, the Icahn School of Medicine at Mount Sinai, Duke University and the Karolinska Institute in Stockholm, Sweden, also contributed to the work.

The study was funded by the Hope for Depression Research Foundation, the Pritzker Neuropsychiatric Disorders Research Consortium and the Robertson Foundation.