Screening women for HPV, or human papillomavirus, is a promising way to help detect cervical cancer early, but many at-risk women go without screening for the virus and without Pap tests that look for abnormal cells on the cervix.

A new study from The Ohio State University found that mailing at-home HPV tests to hard-to-reach women may be a viable approach, one that could be especially helpful in regions such as Appalachia, where access to women’s health care can be limited.

The study, which appears in the journal Sexually Transmitted Diseases, found that almost 80 percent of women who received the kits used them and sent them back to the researchers for testing. About a quarter of them tested positive for a cancer-causing type of HPV.

Women were first contacted to gauge their interest in participating in the study, then sent a screening kit to return by U.S. mail. The kit included a device called an Evalyn Brush that has a small brush on its end that a woman inserts like a tampon to collect cells from the cervix and/or vagina. Participants received up to $85 in gift cards for their participation, though they did not receive gift cards for returning their screening kit.

“The return rate was so much higher than we expected – we thought maybe 30 or 40 percent of the women would send the tests back, based on experiences in other countries,” said Paul Reiter, an associate professor of health behavior and health promotionat Ohio State.

“There’s a lot of interest in exploring more widespread use of these tests in the U.S., particularly to increase screening rates among women who aren’t getting regular care,” said Reiter, who is part of the cancer control research program at Ohio State’s Comprehensive Cancer Center (OSUCCC).

HPV is a very common virus; about one in four adults in the U.S. are infected with a cancer-causing type of HPV, according to data from the Centers for Disease Control and Prevention, which collaborated on this study. Most infections clear without causing health problems, but in some cases they lead to cancer of the cervix, vulva, vagina, penis, anus or throat. Almost all cervical cancers are caused by persistent HPV infection.

About half of the 103 women in this study, called the Health Outcomes through Motivation and Education Project, had not been screened for cervical cancer through Pap testing in more than five years. Current U.S. screening guidelines call for a combination of Pap testing and HPV testing every five years for women 30 to 65 years old and for Pap testing alone every three years for women 21 to 29 years old.

Many people do not know what HPV is, or how common it is, Reiter said, adding that HPV testing in conjunction with Pap smears is a powerful tool because it can alert a woman and her health care provider to health problems and help prevent cervical cancer. Women who have infections can be monitored more closely.

The researchers partnered with federally qualified health centers in southeast Ohio to identify the women in the study, which was co-led by Mira Katz, a professor of health behavior and health promotion and a researcher with the OSUCCC. 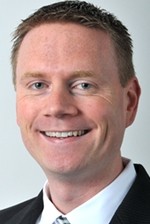 Initially, some providers at the Ohio clinics that participated in the study were concerned about at-home HPV testing, fearing that women might forgo other health services, Reiter said.“But the reality is that many of these women are not coming in regularly anyway. We think these at-home tests can help open the door to follow-up visits to a health care provider,” he said.

Women who sent in an HPV test were notified that their results were available and advised to make an appointment with their local health center to receive their results. In the study, only 11 percent had a follow-up Pap test to screen for cervical cancer, and Pap testing was most common among those women with high-risk HPV types detected in their sample.

“We appreciate the importance of figuring out how to get these women to come to the clinic. One of the things that we would need to think about moving forward with our research is minimizing the drop-off we saw,” Reiter said.

“Ideally, this testing should be a springboard for getting women into the health care system.”

One limitation of the research is that the women who received test kits knew they were coming in advance, and had already agreed to participate in the study. Because of that, the researchers do not have a clear picture of how a broader program outside of a research protocol would be received, Reiter said. He and Katz are hoping to conduct a larger study designed to more closely mimic how a home screening program would work in a real-world setting.

“We’re really interested in seeing if we’d see the same level of enthusiasm if we did this among a much larger number of women without contacting them prior to sending the home test,” Reiter said.

Previous surveys had found that some women were apprehensive about the at-home tests, worrying that they’d use them incorrectly or that the sample wouldn’t be good enough for HPV testing, so the Ohio State researchers also tested a set of instructions they developed that was designed to be more user-friendly, using fewer clinical terms, and written in more of a story format with several pictures.

But they found no difference between the group of women who received the manufacturer’s instructions and those who used the experimental Ohio State materials.

The at-home HPV tests are widely used in other countries, including Australia and the Netherlands, but they are not yet an approved or recommended screening approach in the U.S.

Other Ohio State researchers who worked on the study were Abigail Shoben and Electra Paskett.

Funding came from National Cancer Institute and from Pelotonia, a grassroots cycling event that has raised more than $184 million for cancer research conducted at Ohio State.