As the climate changes, animals that can only survive in certain temperature ranges are being forced to relocate or perish. Pikas – small, arguably adorable mountain mammals that look like a cross between a rabbit and a gerbil – are the poster child of climate indicator species due to their severe sensitivity to heat. 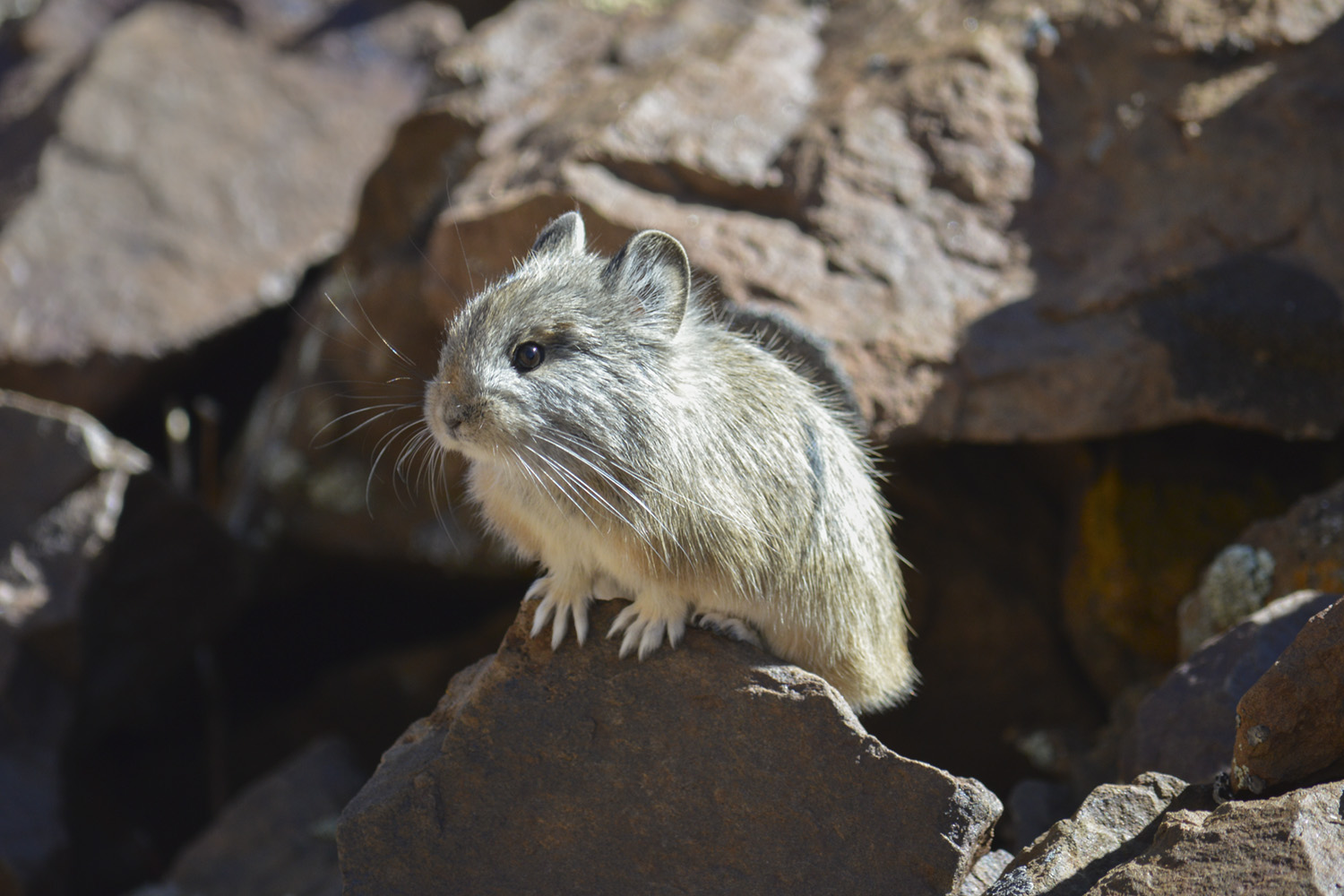 Katie Solari tracked pikas in the Indian Himalayas and took small samples of their blood in order to analyze how their gene expression helps them tolerate different oxygen levels. (Image credit: Katie Solari)

“Some species die within a couple hours of exposure to temperatures over 78 degrees Fahrenheit,” said Katie Solari, a postdoctoral scholar in Stanford’s Department of Biology who spent months tracking pikas in the western Himalayas. As their habitat warms, pikas must move to higher elevations to stay cool, but those more comfortable temperatures come at the price of less oxygen.

A new study by Solari and her colleagues published Dec. 12 in the journal PLOS ONE suggests a key to withstanding that lower oxygen may already be in the pikas’ genes. The group found that as low-altitude pikas outrun climate change, they may be able to dial certain genes up or down to make better use of what little oxygen is present in their new, higher-elevation home.

“With much of their lower-elevational habitat projected to become uninhabitable due to increasing temperatures, we wanted to see what mechanisms may enable them to tolerate lower oxygen levels and move into higher-elevation areas within their current range,” said Solari.

With a backpack, some sampling equipment and a couple of pika-sized pasta containers, Solari hiked up and down India’s Mount Kanamo in Spiti Valley, live-trapping pikas, putting them to sleep and then taking blood samples from behind their eyeballs before returning them safely to their daily routine. 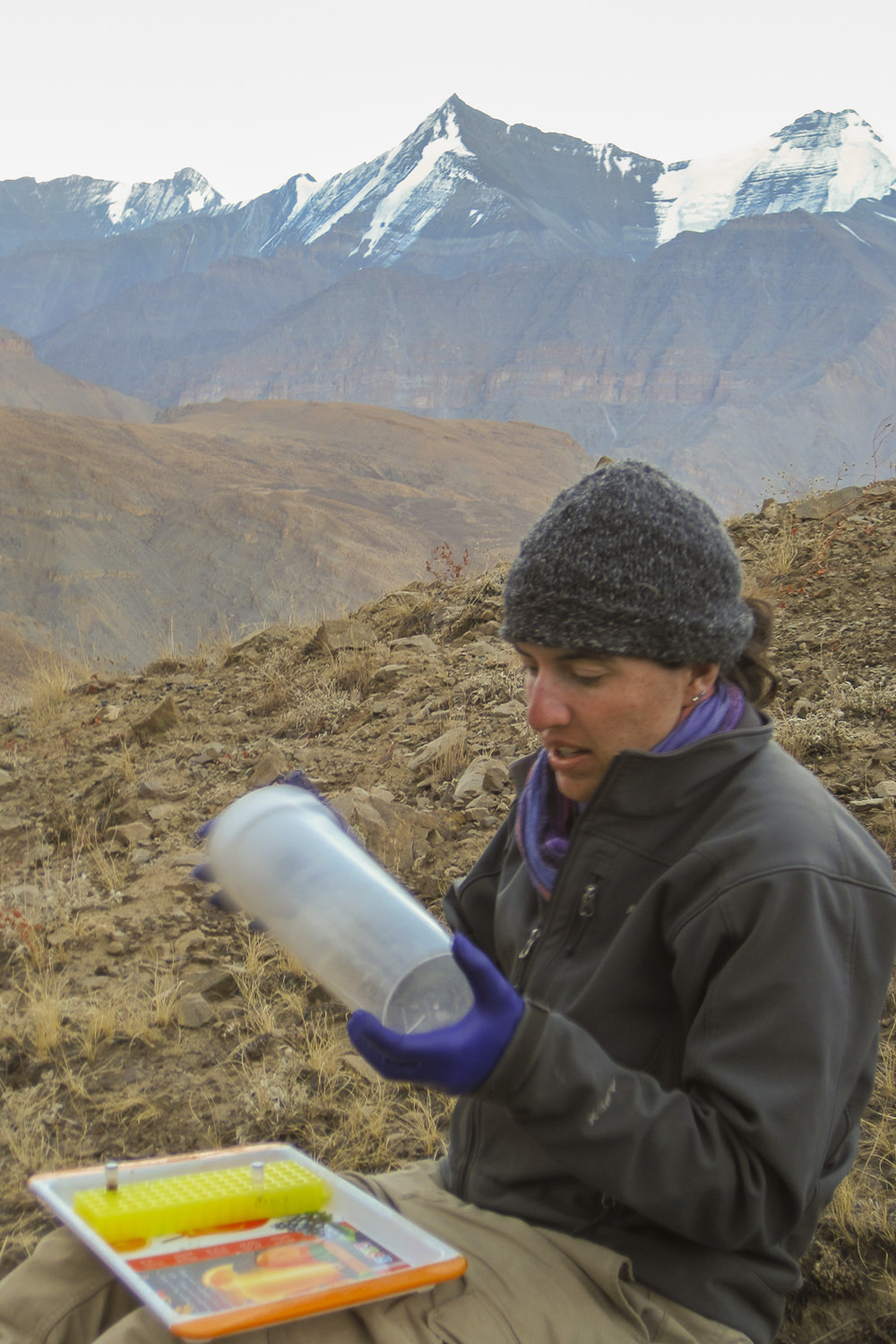 Katie Solari used a plastic container designed to store pasta to sedate the pikas so that they would remain unharmed by the sampling experience. (Image credit: Ania Wrona)

“We wanted to get samples from the Himalayas because this area has the highest density of pika species in the world, and temperatures are changing three times faster than the global average there,” said Solari. “We actually tried Nepal first but, unfortunately, we were not able to leave the country with our data and then actually ended up stuck in Kathmandu for a month due to a government revolt.”

In previous work, the group had found that pikas living at higher elevation had slightly different versions of some genes – producing proteins that are potentially more efficient at using oxygen. That finding suggested that over generations, pikas with these more efficient proteins outcompeted their less oxygen-efficient brethren and eventually had more offspring carrying those genes.

But that process takes thousands of years. In this work, the group wanted to find out if pikas fleeing to higher ground had any faster ways of adapting. To do that, they looked at which genes are active in pikas at three different elevations – 3,600, 4,000 and 5,000 meters.

The researchers examined the products of 10,000 pika genes – these are the messages produced by genes and that mostly direct which proteins a cell makes. Cells can dial genes up and down to create more or less of a certain protein as the situation requires. The researchers found that 26 genes were significantly more active in the 5,000 meters group. Those genes are also ones known to make proteins involved in compensating for limited oxygen.

The finding suggests that pikas may be able to leverage the genes they have to help withstand oxygen deprivation.

“We’re used to thinking about genetic adaptation taking thousands of years to occur in a species, but what’s exciting about this work is that this flexibility in gene expression could give at least the lower-elevation pika populations a better chance than we thought of being able to adapt to climate change on these short timescales,” said Elizabeth Hadly, the Paul S. and Billie Achilles Professor in Environmental Biology and senior author of the study. “This could also be a way to investigate the ability of other species to adjust their ranges when threatened by changing climates.”

The scientists are now taking their research to the Minnesota Zoo, the only place in the world that has pikas in captivity. 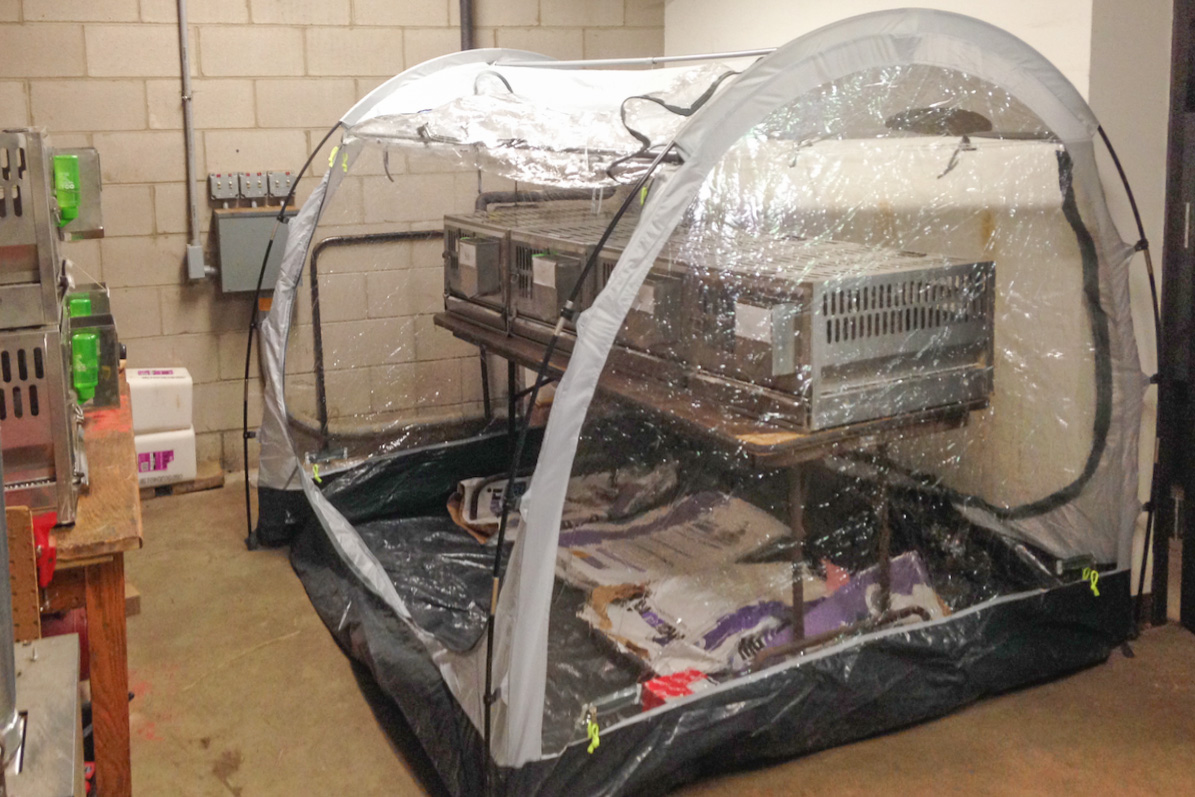 “We wanted to see how individual pikas adjust in real time on the scale of days to hours to the higher altitudes they’re being forced to move to,” said Solari. “Luckily, professional athletes train at higher altitudes to strengthen their performance and these high-altitude chambers for athletes work perfectly for studying pika gene expression changes.”

The researchers retrofitted high-altitude athletic chambers to suit pika-sized subjects, and tested pikas at different elevation settings going up from 2,000 meters to 4,000 meters.

“Once we understand more about which genes can help animals adapt, we will know which species are likely to thrive and which species lacking those genes are less likely to survive as their environments change,” said Hadly.

This work was supported by Stanford University; the Stanford Center for Computational, Evolutionary and Human Genomics; the National Center for Biological Sciences; the Professor Gilda H. Loew Fellowship; and the Indo-US Science and Technology Forum Research Internship in Science and Engineering.