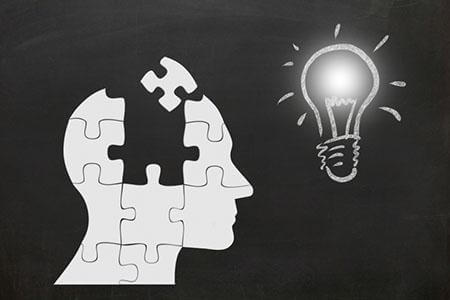 An experimental drug known as A03, which was previously developed to treat depression, increases the levels of the enzyme Sirtuin1, or SirT1, and improves memory in mice. The mice were genetically modified to have a protein called ApoE4, the most common genetic risk factor for Alzheimer’s disease in humans that has been linked to some forms of the disease.

More than 10 percent of the general population has the ApoE4 gene variant, which increases the likelihood that they will develop Alzheimer’s disease. About two in three people with Alzheimer’s have that variant. Previous research has found that the ApoE4 variant lowers levels of SirT1, which promotes the health of brain cells. Increasing levels of SirT1 in those predisposed to or with the disease, researchers have hypothesized, may delay the onset of symptoms and the buildup of a toxic protein known as tau. This results in improved cognition in Alzheimer’s patients.

Researchers at UCLA’s Drug Discovery Lab first identified A03 while screening a large library of drug compounds for their ability to increase levels of SirT1 in the presence of ApoE4. When they treated the ApoE4 model mice with A03 for 56 days, they observed increased levels of SirT1 in the hippocampi of mice — a key area of the brain affected in Alzheimer’s. The mice also showed improvement on memory tests.

An estimated 5.7 million Americans have Alzheimer’s disease and there is currently no cure or effective treatment to stop its progression. The team is conducting further research on A03 to evaluate its potential for clinical testing in Alzheimer’s disease. The lab is also developing similar compounds that more effectively increase SirT1 levels in the brain, and these efforts could lead to new drugs to treat the disease.

The study’s co-first authors are Jesus Campagna, a staff research associate in the Drug Discovery Lab, and Patricia Spilman, a senior staff scientist in the lab. The senior corresponding author is Varghese John, an associate professor of neurology at the Mary S. Easton Center for Alzheimer’s Disease Research at UCLA. The other authors are Barbara Jagodzinska, Dongsheng Bai, Asa Hatami, Chunni Zhu, Tina Bilousova, Michael Jun, Chris Jean Elias, Johnny Pham, Gregory Cole, Michael Jung and Dale Bredesen, all of UCLA; and Mary Jo LaDu, of the University of Illinois at Chicago.

The study appears online in the journal Scientific Reports.

The study was funded by grants from the Easton Center and the National Institutes of Health.