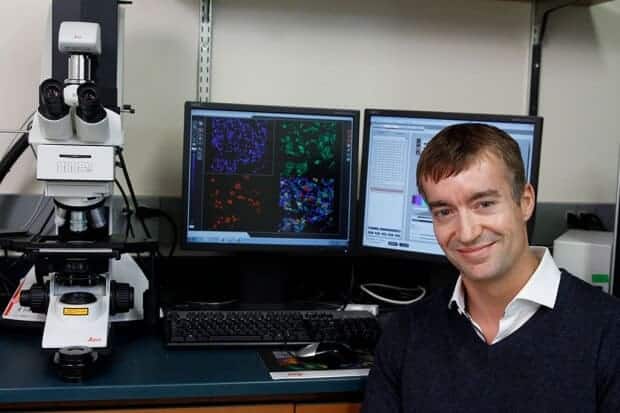 Pain sensation and the emotional experience of pain are not the same, and now, in mice, scientists at Stanford have found the neurons responsible for the latter.

If you step on a tack, neurons in your brain will register two things: that there’s a piercing physical sensation in your foot, and that it’s not pleasant. Now, a team of scientists at Stanford University has identified a bundle of brain cells in mice responsible for the latter — that is, the negative emotions of pain.

Pain research has traditionally focused on the neurons and molecules at the frontline of pain perception — the cells in nerves that process stings, cuts, burns and the like — and ultimately convey a physical threat message. What Grégory Scherrer, PhD, assistant professor of anesthesiology and of neurosurgery, and Mark Schnitzer, PhD, associate professor of biology and of applied physics, are studying goes one step further. “We’re looking at what the brain makes of that information,” Scherrer said. “While painful stimuli are detected by nerves, this information doesn’t mean anything emotionally until it reaches the brain, so we set out to find the cells in the brain that are behind the unpleasantness of pain.”

Backed by animal-brain imaging and molecular testing, the researchers have found an ensemble of cells in the amygdala, a region of the brain classically associated with emotion and fear, that seems to specifically function as an on-off switch for pain aversion. And although the finding was made in mice, there’s reason to think it could one day serve as a therapeutic target for human pain, since the mouse and human amygdala aren’t so different in function.  Researching this group of cells could reveal a potential treatment for chronic pain, the scientists hope.

The amygdala seemed to the researchers a logical place to start, since it’s a well-established hub for emotion in the brain. Within the amygdala, they narrowed their search by looking for neurons in mice that were active during brief pain stimulation — such as a drop of hot, but not scalding, water applied to a paw. Neurons that are active express more of a specific gene called c-Fos, and indeed, a sea of c-Fos-expressing neurons flared after this stimulus.

“But that really only tells you that those neurons were active at some point, and it’s not specific enough,” Scherrer said. “What we wanted was to look at the neurons of freely moving animals.”

To observe the deep-seated wiring of a mouse’s brain, Scherrer partnered with Schnitzer, who had developed a “miniscope” — a microscope about the length of a small paper clip, which could be affixed to a mouse’s head to record activity in its brain. They positioned the device strategically to visualize the amygdala. The mouse, alive and well, could stroll as it pleased, while the miniscope recorded calcium flux in the neurons, a proxy for cell activity.

The scientists monitored the mouse brains with the microscope, watched the mice detect something uncomfortable, observed the aversive reactions and then checked which neurons were active. “With this setup, we identified a set of neurons in the amygdala that selectively encodes signals related to the emotional aspects of a painful experience,” Schnitzer said.

When the mice touched a drop of uncomfortably hot or cold water (neither of which were severe enough to injure the mice) they withdrew, signaling to the scientists that the rodents were not pleased. Upon this withdrawal, the microscope’s recording showed a bundle of neurons firing in the amygdala — specifically in the basolateral region — suggesting that these neurons were specifically responsible for the emotion of pain.

It was, however, still possible that this basolateral ensemble was simply firing to relay general emotion, rather than specifically the unpleasantness of pain. So, the researchers fed the mice sugar water — a sweet treat known to bring joy to any mouse — and kept an eye on the collection of neurons suspected to relay displeasure. As expected, those neurons stayed silent.

“There’s also a difference between experiencing pain and experiencing something annoying, so we further wanted to test if the amygdala neurons active during pain were also associated with overall negative emotion, rather than pain particularly,” Scherrer said.

What miffs a mouse? The same things that might bother a sibling: tiny puffs of air to the face, an unappetizingly bitter taste or a very bad smell. While bothering the mice, the researchers again monitored the basolateral amygdala pain ensemble, and here, too, the neurons remained subdued.

Tracking the perception of pain

“After all of that, we concluded that this ensemble of neurons selectively responds during pain,” Scherrer said. “But it still didn’t fully demonstrate that they underpinned the emotional response.”

To investigate that question more deeply, the researchers set up a walking track with three invisible lanes: On the far left was a cold strip, on the right, a hot one; and in between the two was a temperate middle ground. (For context, walking in the two outer lanes was comparable to briefly walking barefoot on pavement in the midst of winter or summer, respectively — uncomfortable, but not permanently damaging.)

Normal mice that walked on the track gradually learned that the middle lane was tolerable, while the outer two were unpleasant. But in a select group of mice, the researchers temporarily disabled the bundle of amygdala pain neurons thought to relay feelings of physical discomfort. These mice — free of pain-incited unpleasantness — skittered around the outer regions, undeterred by the extreme temperatures.

What’s intriguing about this, Scherrer said, was that these mice weren’t bereft of physical feeling. “Pain was just no longer unpleasant for them,” he said. The rodents could still feel and respond to physical sensations, but the stimuli they once perceived as unpleasant (hot or cold drops of water) were no longer bothersome. When exposed to a drop of hot water, for example, the mice with a muted basolateral neural ensemble would move their paw away from the dropper, signaling that they felt the stimulus — but they would move their paw back to its original position, something that normal mice did not do. This is a crucial part of harnessing the ensemble as a tool in pain therapy, Scherrer said, as an animal, or human, without the ability to physically feel anything at all leaves them vulnerable to injury.

Long term, Scherrer aims to confirm that the function of the basolateral ensemble in mice is the same as it is in people, and then down the line, find a safe and effective way to silence the ensemble’s function without interfering with other neurons.

“There’s really no good treatment for chronic pain in humans, and that’s a major driver of the opioid epidemic,” Scherrer said. “But you’ll notice, patients who take opioids for pain report that they can still feel the sensation of pain but say it’s less bothersome — the emotions of pain are different. Our big future hope is that the cells in the basolateral ensemble could be a tactic to curb the ailment of pain without causing addiction and thus, ideally, act as a possible substitute for opioid treatment.”

Scherrer and Schnitzer are members of Stanford Bio-X and the Wu Tsai Neurosciences Institute at Stanford.

Stanford’s departments of Anesthesiology, Perioperative and Pain Medicine, of Neurosurgery, of Biologyand of Applied Physics also supported the work.