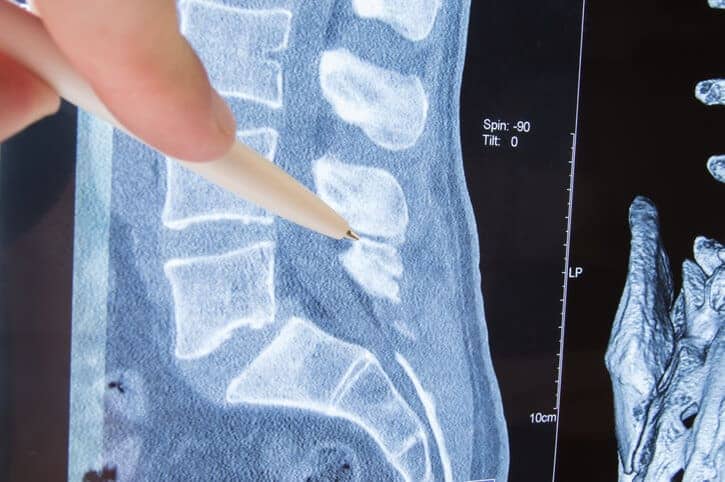 A novel “Enhanced Recovery After Surgery” (ERAS) protocol developed by Penn Medicine for patients undergoing spinal and peripheral nerve surgery significantly reduced opioid use. A new study published in the Journal of Neurosurgery: Spine showed that when an ERAS protocol was employed—which optimizes patients’ surgical care before, during, and after surgery, including patient education, post-operative medications, and recovery plans—fewer patients needed pain medications one month after surgery.

Nearly 75 percent of patients at Penn Medicine who undergo spinal surgeries are opioid naïve—patients who are not chronically taking opioids on a daily basis—putting them at an increased risk for dependency following surgery. Previous studies have also shown that up to 7 percent of all patients who undergo spinal surgeries continue to take opioids one year after surgery. Part of the ERAS protocol at Penn includes a personalized, safe, and effective pain management plan to help prevent opioid dependency, which has rapidly become a public health crisis in the United States.

“ERAS protocols engage each aspect of the patient’s surgical journey to improve clinical outcomes and optimize a safe recovery,” said lead author and principal investigator Zarina S. Ali, MD, an assistant professor of Neurosurgery and neurosurgical ERAS physician lead at the Perelman School of Medicine at the University of Pennsylvania. “This novel approach allows a framework for addressing pain management in a responsible and effective manner while dramatically reducing opioid use during and after surgery.”

This prospective study included two groups who underwent elective spine or peripheral nerve surgery at Penn: 201 patients in the ERAS group treated between April and June 2017 and 74 patients who underwent traditional surgical care between September and December 2016. Preliminary findings were presented at the American Association of Neurological Surgeons 2018 Annual Meeting in May. This paper represents the full results.

Researchers found that use of intravenous opioid medications via patient-controlled analgesia (PCA)—known as a pain pump—was nearly eliminated in the ERAS group (0.5 percent) compared to over half of spinal surgical patients in the control group who relied on PCA. After one month, a smaller subset of patients in the ERAS group were using opioids (38 percent) compared to patients in the historical control group (53 percent). Despite that change, pain scores among each group were similar, suggesting PCA was not necessary in this population and that the ERAS pain management protocol, which relies on the use of both opioid and non-opioid medications, was effective in achieving appropriate pain control.

ERAS protocols involve coordination among the entire clinical team—including the surgeons, anesthesiologists, nurses, and outpatient staff—so patients can recover safely and with attention to all aspects of their care, not just the surgery. Protocols include standardized ways to educate patients on the procedure before the surgery along with consultations with specialists in primary care, pain management, nutrition, and sleep medicine, where applicable. Other efforts include smoking cessation and drinking liquid carbohydrates such as sports drinks prior to surgery.

ERAS also includes a robust multi-modal pain management protocol with judicious use of opioids only as needed. The protocol also calls for the patient to be up and moving regularly (three to five times per day) starting the day after surgery as this can improve blood flow and encourage healing.

“Easing opioid use after surgery is a daunting task, but the addition of non-opioid agents, like acetaminophen, helps mitigate the need for traditional, opioid-heavy pain management. This approach may have profound implications in limiting the risk of chronic opioid dependency in patients following spine surgery,” Ali said.

While other ERAS protocols have been effective in the orthopaedic, urology, and colorectal surgery fields, this is the first to be successfully implemented for neurosurgery patients in a comprehensive program. Additionally, patient engagement with the ERAS protocol was facilitated through a Penn Center for Innovation pilot program, “Engaged Recovery at Penn,” which utilized a text-messaging system to encourage ERAS behaviors for patients.

Future studies will aim to include cost-effectiveness of ERAS care as well as its effects on long-term health improvements. Additionally, a future focus on patient-reported outcome measures will be employed with well-validated questionnaires such as the Patient-Reported Outcomes Measurement Information System (PROMIS), which evaluates and monitors physical, mental, and social health.