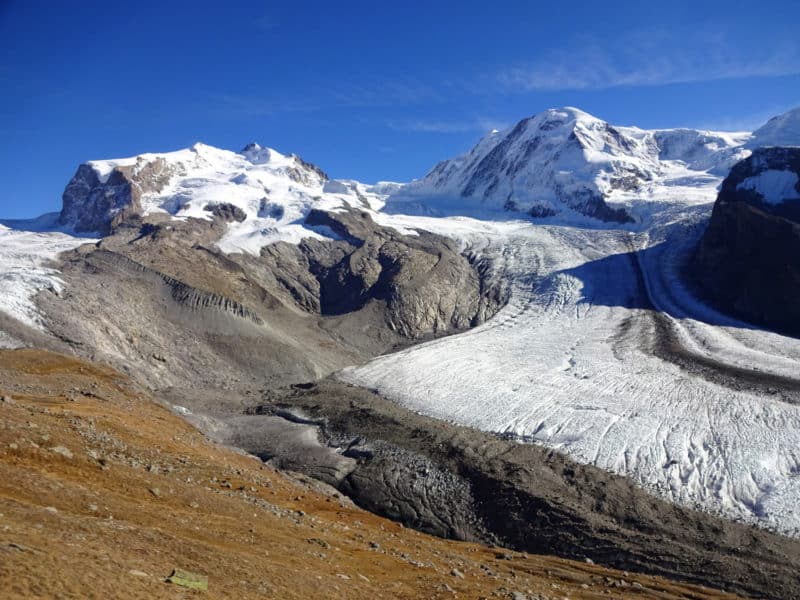 Glaciers in the European Alps could lose up to 90 percent of their remaining ice by 2100 if greenhouse gas emissions continue unchecked, according to a new study published in the journal The Cryosphere. If nations do manage to drastically reduce emissions, ice loss would be limited to two-thirds by the end of the century.

The study, led by scientists at ETH Zurich in Switzerland, examined ice loss on all 4,000 glaciers in the Alps using new computer models that combine ice flow and melt processes, as well as observational data collected in recent decades. It found that nearly half of the mountain chain’s present-day ice will be lost by 2050 regardless of international climate action, due to warming already set into motion by past emissions.

This ice loss, the scientists warn, will have major impacts on Europe’s water security, landscape, and economy, including threatening the region’s agricultural sector and hydroelectricity.

As Earther reported, Europe has already lost a significant portion of its ice: The Alps lost half of its ice volume between 1850 and 1975, followed by another 25 percent by 2000, and even faster melt rates this century, according to a 2017 studyin Annals of Glaciology.

“Glaciers in the European Alps and their recent evolution are some of the clearest indicators of the ongoing changes in climate,” Daniel Farinotti of ETH Zurich, co-author of the new study, said in a statement. “The future of these glaciers is indeed at risk, but there is still a possibility to limit their future losses.”