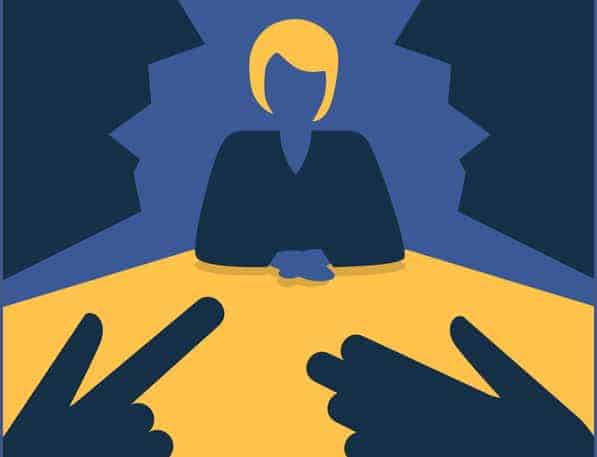 Woman in a Job Interview

New research by Ray Friedman, Brownlee O. Currey Professor of Management, shows that cultural norms can affect how we respond to mistreatment at work, but that it is possible to shift that perspective. The paper appears in the European Journal of Work and Organizational Psychology.

In some countries, such as the United States, people strive to apply the same expectations for behavior to everyone, friends and strangers alike—a principle social scientists call “universalism,” which tends to promote broad trust in others. In other countries, such as China and Taiwan, friends and family are highly favored and often benefit from a different set of expectations than strangers—a principle known as “particularism.” In cultures that embrace particularism, expectations of trust are likewise applied much more favorably to close personal contacts than to others. While both approaches have pros and cons, there is some concern among those seeking to advance economic development in places like China that limiting trust to friends and family can make business transactions more difficult and expensive.

Friedman, working with Steve Chi and Chih-Chieh Chu at National Taiwan University and Huei-Lin Shih at Taiwan’s Industrial Technology Research Institute, decided to see whether it was possible to reduce the effects of particularism in the workplace.

To do so, they conducted a series of experiments in the United States and Taiwan, asking individuals to describe their feelings after experiencing a fictional instance of workplace mistreatment.

“We were looking to see whether wanting to seek revenge on someone who has done something inappropriate was influenced by whether the harm-doer is known to them personally or not, and how that might differ between American and Chinese culture,” Friedman said.

In half of the cases, the wrongdoer was described as having close ties to the subject, while in the other half, the wrongdoer did not. The researchers found that Americans tended to be equally upset, whether they had any connection to the wrongdoer or not, while the Taiwanese participants were more willing to overlook mistreatment by people close to them.

The researchers then asked a different group of Taiwanese subjects to focus on the things they had in common with most other people, before participating in the workplace mistreatment experiment. The result was that these subjects were less likely to excuse mistreatment by coworkers close to them.  “Then you really see much more willingness to call to account someone who’s close to you, just as you would a stranger,” Friedman said. By changing the perspective of participants going into the study, the experimenters were able to reduce particularism in a business setting.

The researchers believe these findings have the potential to help inform managers who work with employees from different cultures, as well as provide more insight into how to address particularism in the workplace.

The study, “Chinese acceptance of mistreatment by in-relation offenders can be neutralized by triggering a ‘group’ collectivism perspective,” was funded by the Ministry of Science and Technology of Taiwan, Republic of China.