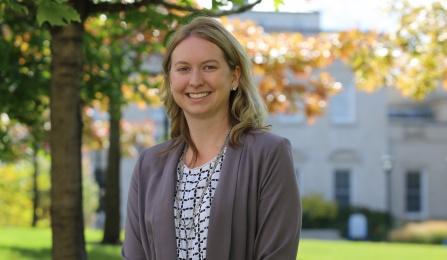 Picture this: Researchers attending a cannabis decriminalization event ask attendees, who are high on marijuana, to fill out surveys. The questionnaires ask participants to list the foods they typically eat while high and how much more, or less, they eat when under the influence, among other questions.

Their reward for filling out the survey? They can choose an orange or a bag of chips. You can guess which option they selected most.

The results certainly aren’t surprising: Nearly two-thirds of the 275 people who took the survey chose the chips, compared to 32 percent who picked fruit and 7 percent who didn’t take either.

But, they do highlight an important issue as more states in the U.S. begin legalizing recreational marijuana use among adults: the increased need for tailored nutrition education as the population of pot-smokers grows.

“Given the dramatic increase in the accessibility of cannabis, there will be many more people experiencing the munchies,” said Jessica Kruger, lead author on the study, published April 17 in the journal of the International Society for Human Ethology.

“Public health has the responsibility of protecting the public, maximizing benefits and minimizing harm in any area,” added Kruger, clinical assistant professor of community health and health behavior in UB’s School of Public Health and Health Professions who has also studied the drunk munchies, or drunchies.

“We need more research and education on people who choose to use cannabis, moving public health from an abstinence-promotion model to a harm reduction model. This would include managing the dietary impact of cannabis use.”

Ethology is the study of animal or human behavior under natural conditions. And that’s what makes this study so unique. It’s the first systematic naturalistic study investigating food choices while subjects are high.

The surveys were administered at the 2016 Hash Bash, an annual public forum held on the campus of the University of Michigan.

Surveying people while they’re high may seem like a potential headache in the making. But there are several advantages compared to administering questionnaires in a more neutral setting when participants are not under the influence. For starters, researchers are able to observe actual behaviors in a natural environment and compare those to self-reported survey responses, Kruger points out.

“There is research indicating that recall is enhanced when experiencing the same conditions as the events being recalled, so there may be enhanced accuracy,” added study co-author Daniel Kruger, a research associate professor of community health and health behavior at UB and research faculty at the University of Michigan.

As expected, participants who reported eating healthy foods while intoxicated were more likely to choose fruit after taking the survey. Those who said they eat unhealthy food while high selected the chips more often than not.

While the results confirm a popular stereotype, they also indicate that people can make healthy food choices while they are high on marijuana. That’s why the study research team advocates tailored health education for cannabis users, who are less likely to trust traditional drug-use prevention programs such as abstinence.

“People may also respond differently when they are actually high on cannabis, so we need to find methods that work to promote healthy and safe behaviors under these conditions,” Jessica Kruger said.