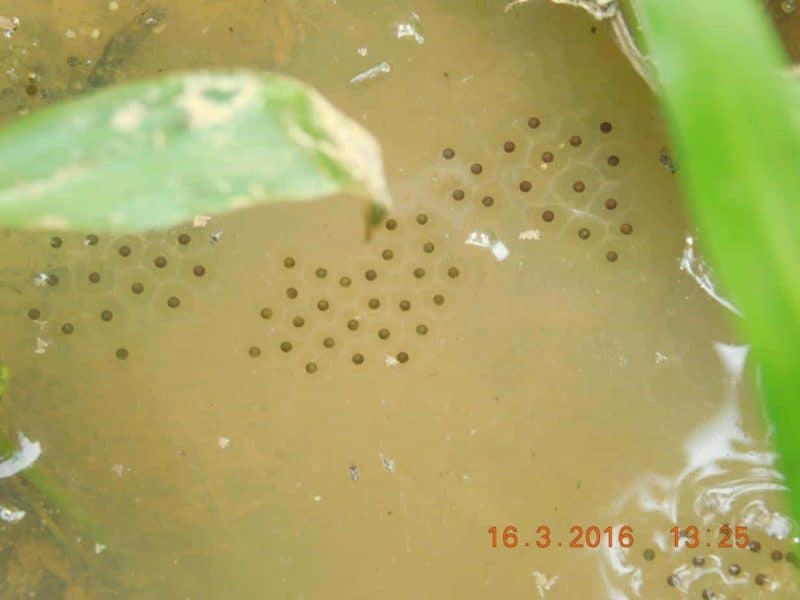 Publishing in the journal Mammalia, the researchers found that rain-filled tracks of Asian elephants (Elephas maximus) were filled with frog egg masses and tadpoles. The tracks can persist for a year or more and provide temporary habitat during the dry season where alternate sites are unavailable. Trackways could also function as “stepping stones” that connect frog populations.

This study was made available online in September 2018 ahead of final publication in print in May 2019.

The researchers made their observations in Myanmar’s Htamanthi Wildlife Sanctuary.

Elephants are widely recognized as “ecosystem engineers,” where they extensively modify vegetation through browsing, trampling, and seed dispersal, and convert large amounts of plant biomass into dung that is an important nutrient input for terrestrial and aquatic systems. At smaller scales, local plant species richness is enhanced when elephants open gaps in the forest canopy, browsing damage to trees creates refuges for small vertebrates (lizards and small mammals), and dung piles provide food for a diversity of beetles.

Said Steven Platt, Associate Conservation Herpetologist with WCS’s Myanmar Program and lead author of the study: “Elephant tracks are virtual condominiums for frogs. This study underscores the critical role wildlife play in ecosystems in sometimes unexpected ways. When you lose one species, you may be unknowingly affecting others, which is why protecting intact ecosystems with full assemblages of wildlife is so important.”