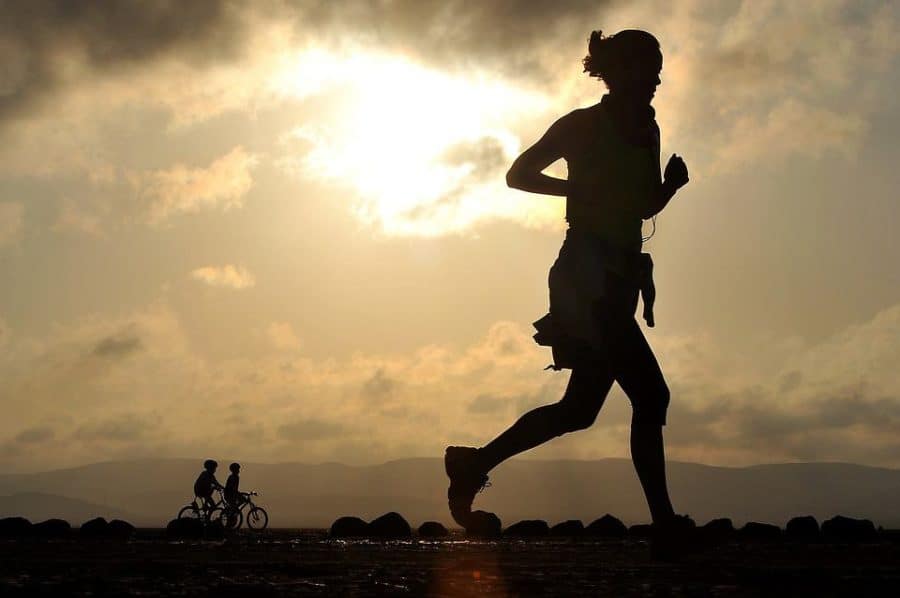 From the Ironman triathlon to the Tour de France, some competitions test the limits of even the toughest endurance athletes. Now, a new study of energy expenditure during some of the world’s longest, most grueling sporting events suggests that no matter what the activity, everyone hits the same metabolic limit — a maximum possible level of exertion that humans can sustain in the long term.

When it comes to physical activities lasting days, weeks and months, the researchers found, humans can only burn calories at 2.5 times their resting metabolic rate.

Not even the world’s fastest ultra-marathoners managed to surpass that limit, the researchers found.

“This defines the realm of what’s possible for humans,” said study co-author Herman Pontzer, an associate professor of evolutionary anthropology at Duke University.

Beyond the threshold of 2.5 times a person’s resting metabolic rate, researchers found,  the body starts to break down its own tissues to make up for the caloric deficit.

One explanation for this limit may be the digestive tract’s ability to break down food, said team leaders Pontzer and John Speakman of Scotland’s University of Aberdeen and the Chinese Academy of Sciences.

In other words, eating more won’t necessarily help someone make Iditarod history. “There’s just a limit to how many calories our guts can effectively absorb per day,” Pontzer said.

The results appear online June 5 in the journal Science Advances.

For the study, the team measured daily calories burned by a group of athletes who ran six marathons a week for five months as part of the 2015 Race Across the USA, a 3,000-mile race from California to Washington, D.C. The team also considered other feats of human endurance, including punishing 100-mile trail races and pregnancy.

When they plotted the data over time, they found an L-shaped curve. The athletes’ energy expenditure started out relatively high, but inevitably plunged and flattened out at 2.5 times their basal metabolic rate for the remainder of the event.

Co-author Caitlin Thurber analyzed urine samples collected during the first and final legs of Race Across the USA. After 20 weeks of running back-to-back marathons, the athletes were burning 600 fewer calories a day than expected based on their mileage. The findings suggest that the body can “downshift” its metabolism to help stay within sustainable levels.

“You can sprint for 100 meters, but you can jog for miles, right? That’s also true here,” Pontzer said.

All the endurance events followed the same L-shaped curve, whether the athletes were hauling 500-pound sleds across Antarctica for days in sub-freezing temperatures, or cycling the Tour de France in summer. That finding challenges the idea, proposed by previous researchers, that human endurance is linked to the ability to regulate body temperature.

One limiting factor for endurance events, researchers found, lies in the digestive process — the body’s ability to process food and absorb calories and nutrients to fuel bodily processes.

Interestingly, the maximum sustainable energy expenditure found among endurance athletes was only slightly higher than the metabolic rates women sustain during pregnancy. This suggests that the same physiological limits that keep, say, Ironman triathletes from shattering speed records may also constrain other aspects of life too, such as how big babies can grow in the womb.

As far as the researchers know, no one’s ever sustained levels beyond this limit. “So I guess it’s a challenge to elite endurance athletes,” Pontzer said. “Science works when you’re proven wrong. Maybe someone will break through that ceiling some day and show us what we’re missing.”

This research was supported by Hunter College, Loyola Medical School, Grand Valley State University, Purdue University, the Chinese Academy of Sciences (XDB13030100), the Thousand Talents Plan, and a Wolfson Research Merit Award from the Royal Society of the United Kingdom.