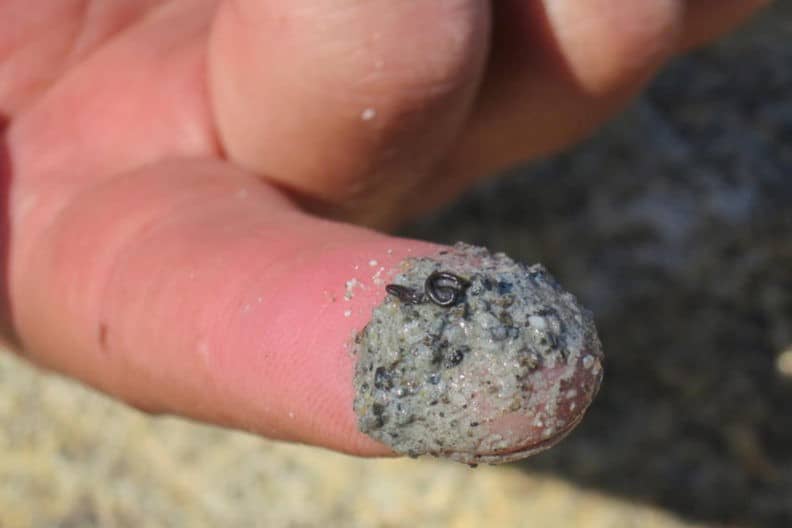 The ice worm is one of the largest organisms to spend its life in ice, and Washington State University scientist Scott Hotaling is one of the only people on the planet studying it.

He is the author of a new paper showing that ice worms in the interior of British Columbia have evolved into what may be a genetically distinct species from Alaskan ice worms.

Hotaling and colleagues also identified an ice worm on Vancouver Island that is closely related to a separate population of ice worms located 1,200 miles away in southern Alaska. The results were published in the journal Proceedings of the Royal Society B.

The researchers believe the genetic intermingling is the result of birds eating the glacier-bound worms (or their eggs) at one location and then dropping them off at another location as they migrate.

“If you are a worm isolated on a mountaintop glacier, the expectation is you aren’t going anywhere,” said Hotaling. “But lo and behold, we found this one ice worm on Vancouver Island that is closely related to ice worms in southern Alaska. The only reasonable explanation we can think of is birds.”

The ice worm resembles the common earthworm but is smaller and darker in color.  What sets the ice worm apart from other members of the Mesenchytraeus genus is its ability to live its entire life in glacial ice.

Millions, perhaps hundreds of millions, of ice worms can be seen wriggling on the top of glaciers from the Chugach Mountains in southeast Alaska to the Cascade Volcanoes of Washington and Oregon during the summer months. In the fall and winter, ice worms subsist deep beneath the surface of glaciers where temperatures remain at or below freezing.

The research is funded by NSF’s Division of Integrative Organismal Systems.