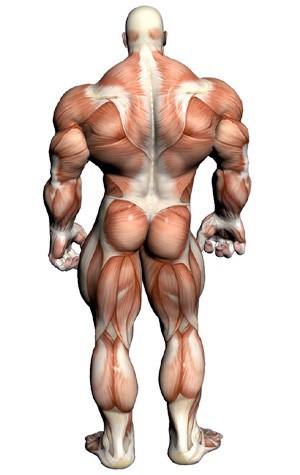 Researchers at the Wellcome Trust Sanger Institute have discovered two proteins that are essential for the fusion of muscle cells to build muscle fibres. Their discovery might help us better understand and treat illnesses such as muscle-wasting disorders and diseases of bone over-growth, in which cellular fusion is an important feature.

Cellular fusion is necessary to form larger cells that have specific functions throughout growth. Among the tissues that depend on cell fusion are the placenta, skeletal muscle and bone reshaping cells.

The team showed that Jamb and Jamc, two cell surface proteins, must directly interact on neighbouring cells so that they can fuse together and form a normal muscle fibre. Loss of function of either of these proteins completely prevented cellular fusion which resulted in unusual muscles. The study concluded that the binding of Jamb and Jamc is therefore critical for the recognition and adhesion of muscle cells, which then allow them to fuse.

“Researchers have sought for decades to identify proteins that are essential for muscle fusion, but surprisingly little is known about the cell and molecular biology of cell fusion in vertebrates,” explains Dr Gareth Powell, lead author of the research from the Sanger Institute. “There is a view within the field that several redundant receptor proteins initiate fusion. Because of this, when we first made the discovery, I genuinely assumed something had gone wrong.

“When I realised it wasn’t a mistake, I was overwhelmed by what we’d found.”

The researchers examined the role of the Jamb and Jamc proteins in zebrafish embryos that lacked functional forms of either protein. The modified embryos lacking either of the proteins failed to form normal muscle fibres which result from the fusion of many precursor cells. The abnormal muscles had many more — but thinner — muscle fibres.

Jamb and Jamc have been studied extensively and have well-characterised roles in the migration of white blood cells and the formation of sperm. This is the first time it has been reported that both proteins are involved in muscle development.

“To our knowledge, this is the first example of a vertebrate cell surface protein pair essential for cellular fusion. Our discovery has important implications for understanding the biological mechanisms of fusion and also muscle repair and development,” says Dr Gavin Wright, senior author from the Sanger Institute. “Our ultimate goal is to discover whether or not there is a universal set of proteins that have the ability to fuse any cell type, not just muscle cells.”

The expression of both Jamb and Jamb are not restricted to muscle cells and are expressed in other tissue types. The researchers suspect that additional proteins are required along with Jamb and Jamc in other cells to complete the fusion process.

This research represents an important starting point. Now that we know which proteins are involved, we now have a clear route towards understanding more about cellular fusion and how it is regulated. The eventual hope is that this discovery will pave the way towards applications and medical treatments that depend on cellular fusion.