Johns Hopkins Professor Paul Ferraro has spent a lot of time thinking about climate change, and he’s uncovered a major barrier to combating the rise in global temperatures: the human psyche.

“The problem is that what we need to achieve is so daunting and taxes our resources so much that we end up with a situation that’s much, much worse than if we had focused our efforts,” says Ferraro, a Bloomberg Distinguished Professor who is an expert in behavioral economics and the design and estimation of impacts of environmental programs. “Proposed hundred-pronged solutions end up being, in actuality, zero-prong solutions because the human brain, especially in the collective, doesn’t work like a computer.” 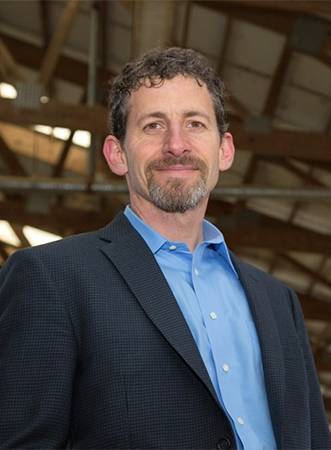 The Hub reached out to Ferraro—who holds appointments in the Bloomberg School of Public Health, the Carey Business School, and the Whiting School of Engineering—for help understanding a blistering United Nations report published last month examining how the climate is affected by the way humans use land. The report, which was among the nine action areas discussed at the UN Secretary General’s Climate Action Summit on Monday, found that human activity—particularly agriculture, deforestation, and activities that erode coastlines—has degraded roughly a quarter of all the ice-free land on the planet, preventing that land from effectively absorbing carbon from the atmosphere.

Ferraro helped put the report’s findings into perspective and spoke about which climate change interventions are and aren’t effective, his recent research, and what future climate studies might—and should—look like.

What are your thoughts on the Special Report on Climate Change and Land?

In my research, we’ve found that it’s very hard to move the needle in land use. We’ve had much more transformative changes in how we use energy in the last few decades than we have in how ecosystems are used. And so, I’m very concerned that efforts to shift land use in a transformational way are quite difficult to achieve. And I know from my behavioral work that cognitive limitations are a serious constraint in doing policy work, and you can’t ask policy makers to simultaneously work on 20 different fronts. The problem you might end up getting is that they won’t work on any of the fronts effectively.

You mean in this case, it wouldn’t be effective to approach the problem from multiple angles?

Well, talk to my engineering colleagues, for example. If they have multiple objectives and multiple constraints, they can still optimize their allocation of resources. But that’s not how the human brain works. That modeling exercise doesn’t reflect the psychology of decision making in collective action situations, which is the situation we’re in when addressing climate change.

Some of your recent research calls into question the effectiveness of training and education programs for changing human behaviors to curb climate change. Can you talk about those studies and what they found?

Our main point of our recent study, published in Nature Climate Change, is to try to shake scientists up a little with their underlying assumption that information deficits are a key obstacle for action in climate change or any other environmental issue. Scientists always think it’s a lack of knowledge—because that’s what we offer, knowledge—and that if we just show people what we know as scientists, then people will act in the appropriate or desirable way. But lack of knowledge is not typically the problem. The problem is a lack of incentives. When I act, it clearly costs me time and resources, but I only reap a small fraction of the benefits, which are shared widely among many other people. When there is this asymmetry in costs and benefits, our behaviors don’t change.

The idea that simply disseminating science to people in written and oral forms would transform how we affect the planet is hard to believe. If we’re going to go down that road, we need to test our methods of dissemination just like we would test our scientific hypotheses related to how the atmosphere works or how new technologies work. One of the reasons why this study was published in Nature Climate Change is because I think there are no other studies that have evaluated the effectiveness of capacity building, or information dissemination. We’ve always assumed the evidence must matter, but in reality we have almost a complete absence of evidence about the value of evidence. And we’ve spent a lot of time focusing our scientific lens on questions about the environment and complex coupled human environmental systems. But then when it comes to building capacity, disseminating that information, we don’t apply a scientific lens anymore. We just do it. We have no idea how to effectively use the science and the evidence we generate to move human behavior.

That’s an important area that we’re only just starting to get involved in—scientists as the research subject, or even more broadly, the environmental engineer as the research subject. Part of the problem is that we do need to maintain peoples’ enthusiasm and dedication to problem solving, and if we’re honest and transparent, we’re going to see that most of what we do doesn’t move the needle, which can be discouraging.

Do you plan to conduct further studies in this area?

Sure, if we can get anybody willing to do it. Getting people to stop and carefully test what they’re doing is difficult in the environmental domain because people believe we’re facing a crisis. “We’re losing, species are going extinct, there’s no time to do careful testing”—we’ve been having that argument since the ’80s when I was in college. But we’re still here. We’re still debating the same issues. So part of the problem is that environmental science is a crisis science, and this really impairs our incentives for doing careful testing.

If you go over to the Johns Hopkins School of Medicine, the guiding precept is “do no harm.” In the environmental arena, the guiding precept is “do something.” We need to take a page from our medical colleagues and think more about “do no harm.” They’re subject to crises. People are dying, but they think about what they’re doing and say, “Wait a minute. What we’re doing may actually make things worse.” What are the ethical implications of scaling up interventions that may not work at all and thus waste time and resources when we could be doing something more effective? We need the “do no harm” precept to be more widely adopted in the environmental arena if we’re going to not be in the same situation we’re in now 30 years from now.