Protestors are not helping their cause when they turn violent toward their opposition. In fact, their aggressions could increase support for the very people they’re protesting against, according to new research by Stanford sociologist Robb Willer.

The research – inspired by recent confrontations between white nationalist protesters and anti-racist counter-protesters in Charlottesville, Virginia, and Berkeley, California – found that violence by anti-racist protesters can lead people to view them as unreasonable, a perception that may lead to people identifying less with the group. However, violence by white supremacists didn’t change people’s opinion because they already saw the white supremacists as extremely unreasonable, said Robb Willer in a paper published Oct. 11 in Socius: Sociological Research for a Dynamic World.

When anti-racists turn their protest into violence it can backfire even further: In some cases, it can influence support for the other side, said Willer.

“Our central finding is that even protesters who otherwise enjoy high levels of public support – anti-racist activists counter-protesting a gathering of white nationalists – can lose support from the general public if they use violence,” said Willer. “In fact, we found that support for white nationalists was heightened among those who read that anti-racist counter-protesters had attacked them.”

The rise of violent protest

Violent protests have become more common in the U.S. since the 2016 election, noted Willer and his co-authors.

“There’s been rising diversity of protest tactics, including the use of violence,” said Willer. “Given that people typically react very negatively to violence, my co-authors and I were curious about public reactions to violent protest. Are protesters who use violence turning off the general public, inadvertently making their opponents more credible?”

The survey was split into four conditions: Depending on the experiment, participants read one of four newspaper articles. While based on protests that took place in Charlottesville and Berkeley in August 2017, elements of the stories were fabricated for experimental control. 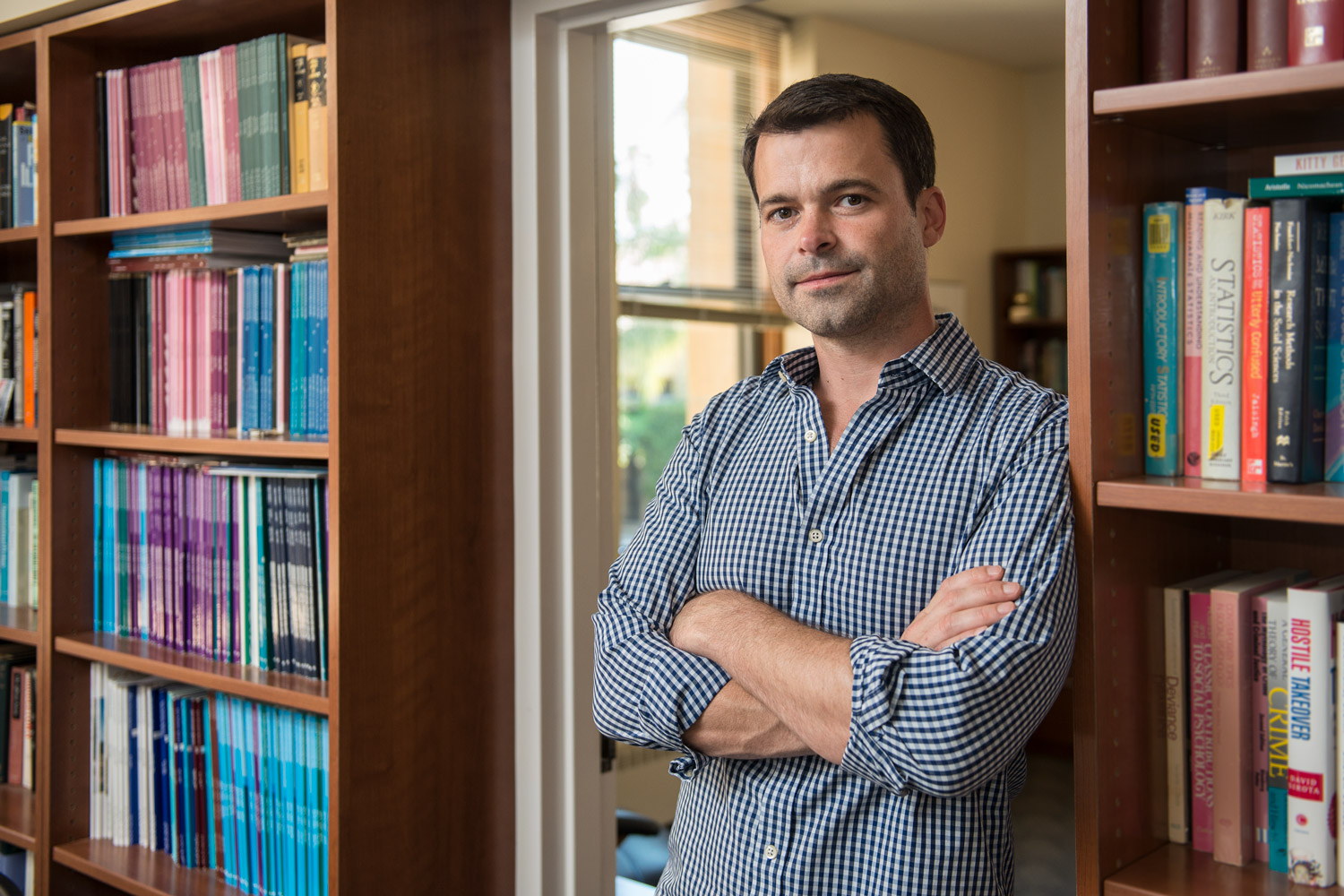 Robb Willer, professor of sociology and director of the Morality and Hierarchy Laboratory at Stanford (Image credit: L.A. Cicero)

In one scenario, participants read a news story about white nationalists who staged a protest of the removal of Confederate monuments. In the report, a group of anti-racists showed up to stage a counter-demonstration. It was made clear that neither group was violent. In the other three conditions, the article portrayed violence by one group or the other or both.

Participants were then asked how they perceived the violence that occurred, as well as questions about their attitudes toward and support for the two groups.

However, when white nationalists were violent, it did not lead to increased support for anti-racist movements overall.

“We found that white nationalist protesters who used violence were not perceived as less reasonable and did not lose support, because they were already seen as extremely unreasonable and were strongly opposed,” said Willer. “When compared to their anti-racist opponents who could lose support if they used violence, this highlights an interesting asymmetry in the likely consequences of violent protest.”

The risks of violent protest

Because white nationalists are a widely despised group known for violence, they have little to lose if they can draw out violence from anti-racists.

“Violence did little, if any, damage to their reputations,” said the researchers in the paper. “Conversely, violence by anti-racists can not only damage public support for anti-racists; as our results show, it can also increase support for the white nationalist protesters themselves.”

Willer hopes that for activists concerned with popular support for their movement, these findings can help them understand the value of ensuring protests remain peaceful.

“It is important to acknowledge limitations of our work,” said Willer. “Violence cannot always be avoided, such as when it is used in self-defense. But our results do fit well with other work suggesting that violent activism typically turns people off, including potential supporters, and that it builds opposition to those who use it. If people understood clearly the effects of violent protest on public opinion, they might try harder to convince other activists on their side not to use these tactics.”