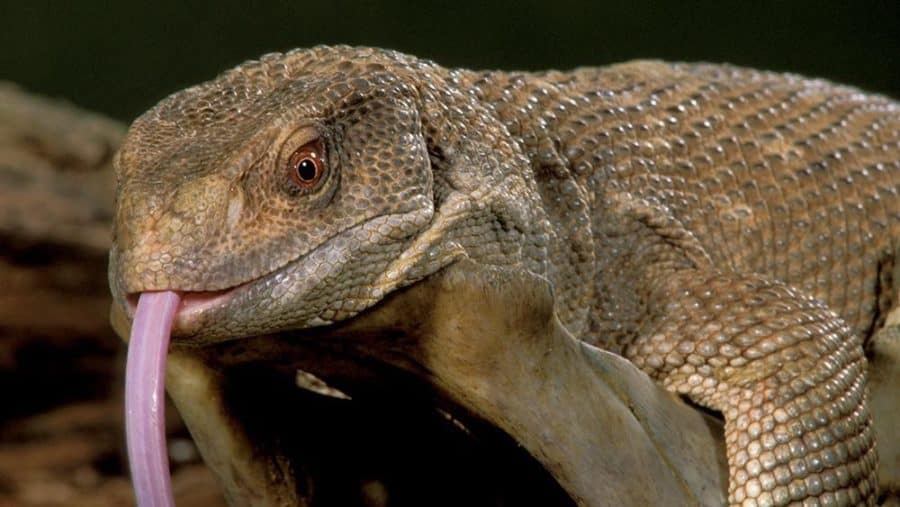 Take a deep breath in. Slowly let it out.

You have just participated in one of the most profound evolutionary revolutions on Earth — breathing air on land. It’s unclear how the first vertebrates thrived after crawling out of the sea 400 million years ago, but the lungs hold an important clue.

Birds and mammals mark the extreme ends of the airflow spectrum. Mammals inhale oxygen-rich air that funnels into smaller branches, ending in tiny sacs where oxygen enters and carbon dioxide leaves the bloodstream. When mammals exhale, the depleted air follows the same route out of the body, exhibiting a so-called tidal flow pattern.

In contrast, bird breath travels in this tidal flow pattern through part of the respiratory system, but in a one-way loop throughout most of the lung. Thanks to a unique design with aerodynamic valves, air always moves toward a bird’s head through many tiny tubes — during both inhalation and exhalation.

Scientists thought this pattern was hyper-efficient and evolved to support flight. But  University of Utah biologist Colleen Farmer and colleagues discovered that alligators and iguanas also have a unidirectional air flow pattern.

The NSF-funded biologists discovered that Savannah monitor lizards have lung structures that are a hybrid system of bird and mammal lungs. The researchers took CT scans of the entire lung labyrinth and used two supercomputers — including one of the fastest systems in the world, Blue Waters — to simulate airflow patterns at the highest resolution.

Blue Waters and other leadership-class computing systems funded by NSF’s Directorate for Computer and Information Science and Engineering are solving some of the most challenging computational and data-intensive problems in science and engineering. The software used to model the lung labyrinth, for example, used computational fluid dynamics similar to that used to forecast weather, calculating millions of equations every tenth of a second.

The paper was published in The Anatomical Record.