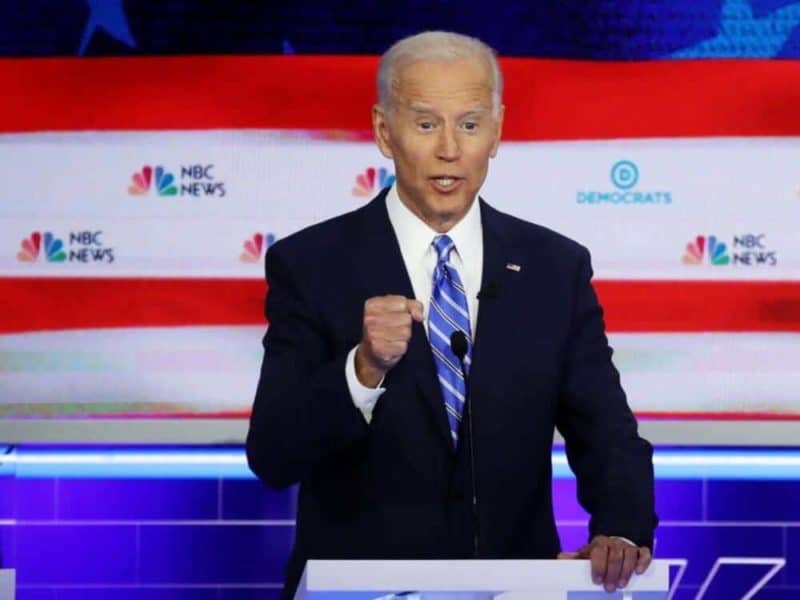 Those are some of the key findings from the latest Univision News poll led by Sergio Garcia-Rios, assistant professor of government at Cornell University.

The results showed Sanders leading other Democratic candidates with 33% support in Nevada and 30% nationally, followed by Biden at 22% and 21%, respectively. In head-to-head matchups with Trump, Michael Bloomberg also fared well in Nevada, with 78% planning on or leaning toward voting for him, second to Sanders’ 80% total.

Four out of five Nevada respondents disapproved of Trump, with 60% “strongly” disapproving. Nationally, 73% disapproved of the president, 49% strongly. At the same time, Trump’s approval rating among Latinos rose from 22% to 27% since September.

Latinos this year are projected to be the largest racial or ethnic minority voting group for the first time with a record 32 million voters, according to the Pew Research Center. They make up nearly 20% of Nevada’s eligible voters, up from about 3% in Iowa and New Hampshire.

“A big Latino turnout,” he said, “could have a big impact in the general election.”

Garcia-Rios, a self-described “fronterizo” who grew up in both Mexico and Texas, said he and Univision shared a desire to accurately capture Latino public opinion with a scientific and bipartisan approach.

“Being aware that it’s not monolithic, and being able to capture that full picture, is important to us,” said Garcia-Rios.

Garcia-Rios employs a hybrid approach that reaches out bilingually to potential voters by cellphone, landline telephone and online, confirming if they are registered voters. He writes the poll questions – seeking opinions on key issues as well as candidate preferences – and oversees the data analysis.