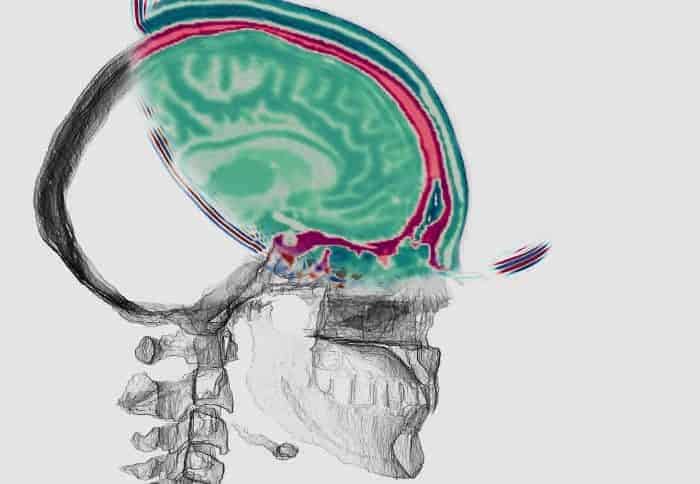 Scientists have developed a new technique that could lead to fast, finely detailed brain imaging with a compact device that uses only sound waves.

The Imperial College London and UCL researchers say their proof-of-concept study, published today in npj Digital Medicine, paves the way for the development of high-fidelity clinical imaging of the human brain that could be superior to existing technology.

Unlike existing brain imaging methods like MRI, CT and PET scanning, the technology could be applied to imaging any patient, and could be suitable for the continuous monitoring of high-dependency patients. It could be delivered by a relatively small device, which would also potentially make it portable via ambulance and enable fast investigation in advance of arrival to hospital.

The researchers are confident the technology will be safe as sound waves are already used for ultrasound scanning and this technology uses similar sound intensities. Ultrasound cannot easily penetrate through bone, whereas the new device, which is designed to be worn like a helmet, is able to overcome this barrier.

Lead author Dr Lluís Guasch, of Imperial’s Department of Earth Science and Engineering, said: “An imaging technique that has already revolutionised one field – seismic imaging – now has the potential to revolutionise another – brain imaging.”

Professor Bryan Williams, Director NIHR UCL Hospitals Biomedical Research Centre, which partly funded the research, said: “This is an extraordinary and novel development in brain imaging which has huge potential to provide accessible brain imaging in routine clinical practice to evaluate the brain in head trauma, stroke and a variety of brain diseases.

“If this lives up to its promise it will be a major advance. It is also a fabulous illustration of how the collaboration between engineers and clinicians, using methods from another sphere of science, can bring ground-breaking innovation into medical care.”

FWI is normally used in geophysics to map the structure of the Earth, but (we) are using it to create a safe, cheap and portable method of generating 3D ultrasound images of the human brain.Dr Lluis GuaschDepartment of Earth Science and Engineering

Earth scientists use seismic data and a computational technique called full waveform inversion (FWI) to map the inside of the earth. Seismic data from earthquake detectors (seismometers) are plugged into FWI algorithms that extract 3D images of the Earth’s crust that can be used to predict earthquakes and search for reservoirs of oil and gas.

Now, Imperial researchers have adapted this approach to medical imaging, developing a method that uses sound waves with the ultimate aim of producing high-resolution images of the brain.

They built a helmet lined with an array of acoustic transducers that each sends sound waves through the skull. The ultrasound energy that propagates through the head is recorded and fed via the helmet into a computer. FWI is then used to analyse the reverberations of the sound throughout the skull, constructing a 3D image of the interior.

The researchers tested their helmet on a healthy volunteer and found that the quality of the recorded signals was sufficient for the algorithm to generate a detailed image, and they are confident the scattered energy from the brain will be interpretable.

Using computer modelling, they also found they could obtain high-resolution images with sound frequencies low enough to penetrate the skull at safe intensities.

They created detailed computer simulations based on the properties of different types of human brain tissue to establish that sound waves would be effective for composing high-resolution images of the brain.

Dr Guasch said: “This is the first time FWI has been applied to the task of imaging inside a human skull. FWI is normally used in geophysics to map the structure of the Earth, but our collaborative, multidisciplinary team of earth scientists, bioengineers and neurologists are using it to create a safe, cheap and portable method of generating 3D ultrasound images of the human brain.”

Neurology has been waiting for a new, universally applicable imaging modality for decades: full-waveform inversion could well be the answer.Professor Parashkev NachevCo-author, UCL

Magnetic Resonance Imaging (MRI) is generally the best method for obtaining high-resolution images of the brain, and its use is currently essential to the investigation of many neurological disorders including stroke, brain cancer, and brain injury.

Nonetheless, MRI requires large, complex, expensive, non-portable machines cooled to three degrees above absolute zero, and it cannot be used on patients for whom the presence of metallic implants or foreign bodies cannot be scrupulously ruled out. This makes emergency use in patients with potentially altered consciousness, such as those suspected of stroke, difficult or impossible.

The researchers say that if it proves successful in human trials, their device will overcome these obstacles.

Study co-author Professor Parashkev Nachev of UCL, said: “This is a vivid illustration of the remarkable power of advanced computation in medicine. Combining algorithmic innovation with supercomputing could enable us to retrieve high-resolution images of the brain from safe, relatively simple, well-established physics: the transmission of soundwaves through human tissue.

“The practicalities of MRI will always limit its applicability, especially in the acute setting, where timely intervention has the greatest impact. Neurology has been waiting for a new, universally applicable imaging modality for decades: full-waveform inversion could well be the answer.“ 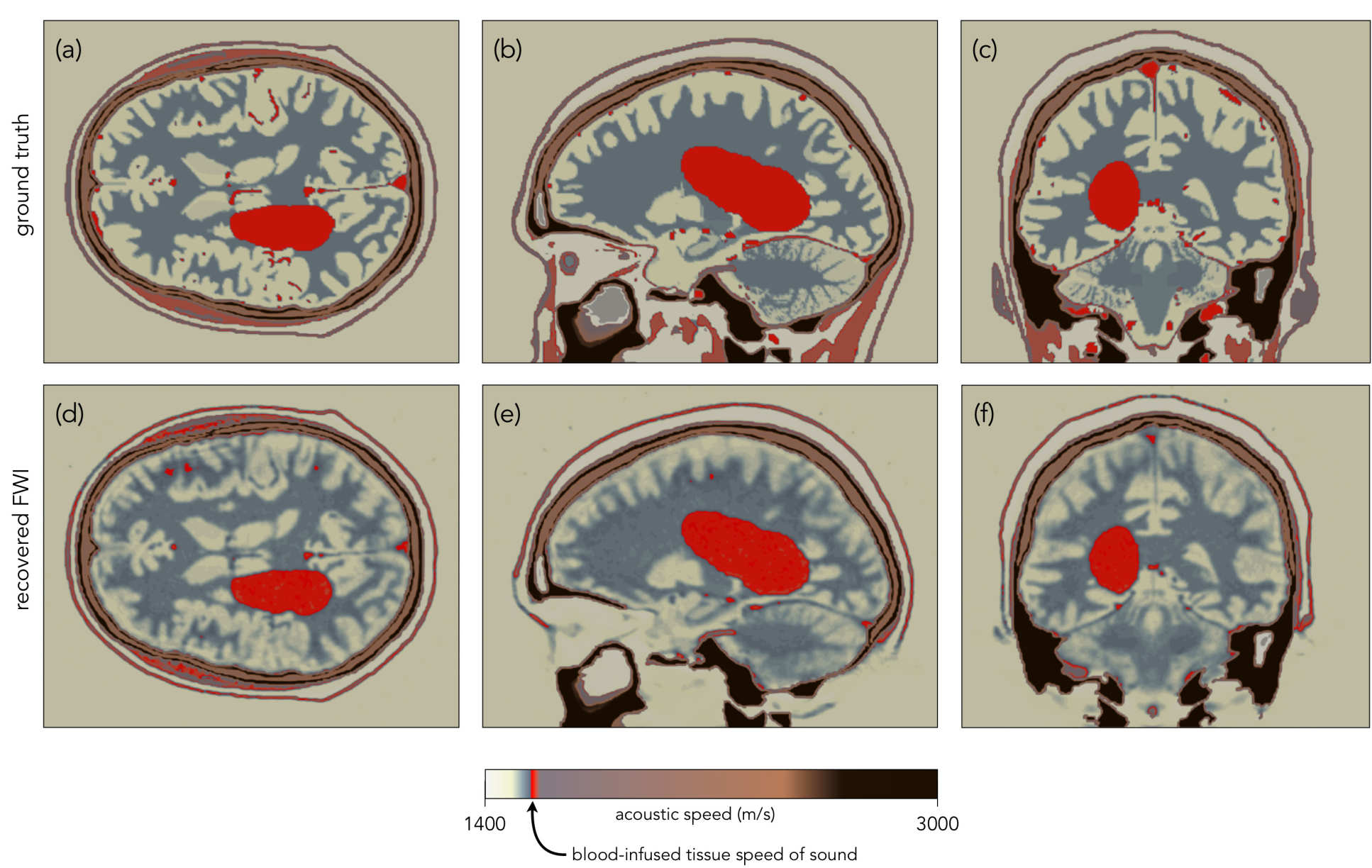 Next, the researchers will build a new prototype for live imaging of normal human brains as the first step to a device that could be evaluated in clinical contexts.

The study was funded by Imperial’s Excellence Fund for Frontier Research, the Wellcome Trust, and the UCLH NIHR Biomedical Research Centre.